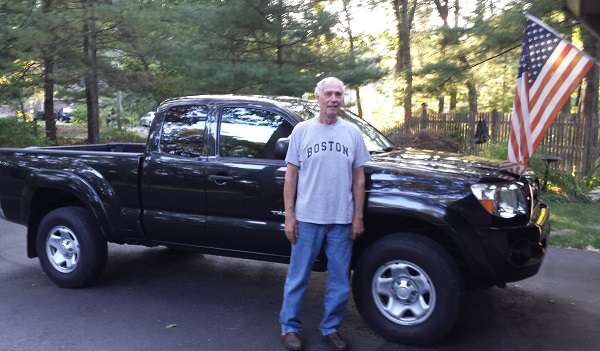 Why Toyota Tacoma owners should not fear the frame recall

A Toyota Tacoma owner walks us through the experience and explains why he is still a loyal Toyota fan, and why his truck is now better than ever.
Advertisement

- Before you go - Tell us - how long should a Tacoma last by voting here
My neighbor Pete has a 2007 Tacoma he has owned since new. Recently, he was alerted by mail that certain 2005 through 2008 Tacomas in his area (the Northeastern US) needed to be inspected for frame rust. This is not the typical rust that we all see when we look under our cars. Rather, the frames affected are defective and are in some cases rusting through and creating a dangerous situation. If the frames show signs of corrosion, but are still safe and solid, they are being treated with corrosion resistant compounds (CRCs) and returned to customers. Pete’s required a frame replacement. He walked me through the process and told me how he felt during and after the work. The story has a happy ending.

Wondering if the recalls have affected Tacoma’s resale value? Click here to find out.

Toyota Tacoma Frame Rust Recalls
Toyota has had more than one recall on Tacoma frames. In fact, Pete’s previous 2000 Tacoma was subject to a similar recall, but upon inspection was found to not require replacement. However, this time, his 2007 was inspected, and it was determined that indeed, he did need a frame replacement. Pete is very handy, and he knew this would be a serious bit of work. When he was told by the dealership it would take three to five weeks he was not surprised, but certainly not thrilled.

My pictures may not be art, but if you want to see a bonus gallery, click here!

Tacoma Frame Replacement – What’s Involved?
The work itself takes two mechanics two days to complete. However, once a defective frame is identified as needing replacement, it is then “quarantined” by the dealership. A frame is ordered and then the work commences. This is why it takes time. Owners are offered a $35 per day rental car. Pete’s local dealer set him up with a Ford Fiesta courtesy of Hertz. After a few days of driving the Fiesta, Pete couldn’t take it anymore and called the dealer. Pete did not mince words. He called that car a “piece of crap.” His service advisor told him Hertz would be happy to swap it. Indeed they did, and Pete then had a brand new Corolla for the remaining time his Tacoma was at the dealer. That car was fine, and he showed it off to me.
November 12th, 2016 UPDATE - Toyota has settled a class action suit related to this issue - Details here.

Toyota Does More Than Just Replace the Frame
The frame finally came in after about three weeks and Pete’s Tacoma was repaired. Repaired is really not the right word. Replacing a frame on a pickup means it has to come completely apart. Pete and I looked over the paperwork together (see the bonus photo gallery for a copy) that showed the parts list and much more than just the frame is replaced with new parts. The brake lines, exhaust connectors, rear leaf springs and many other parts were also replaced.

Conclusion
The refreshed Tacoma thrills Pete. He says his Toyota Tacoma “Handles like new. Check out our six-moth follow-up story here. The suspension is tight, perfectly aligned, and better than when it went in.“ No rattles, or other issues have cropped up. We looked under the truck together, and the frame is indeed new and it is obvious much more than just the frame was replaced. Other than the exhaust, it looks like a new truck.

Pete says he is not at all unhappy with the experience. In fact, with only 62,000 miles on this truck, Pete expects it might last another ten years. Every part replaced is guaranteed for a full year even though the truck itself is out of warranty.

Toyota has a very loyal truck following, and this defect is no joke, particularly since it has happened on two separate occasions. However, at least by this single account, Toyota’s handling of the situation is keeping customers happy and breathing new life into the trucks that are affected.