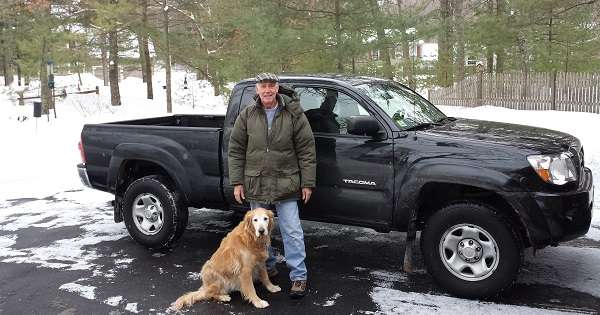 It has been six months since our story on the Toyota Tacoma frame replacement. We check in with our man Pete.
Advertisement

Six months ago my neighbor Pete was told by his dealer that his 2007 Toyota Tacoma needed to have the frame replaced under Toyota’s extensive recall program. As we detailed in our prior story (link below), Peter was a little apprehensive about the whole idea of having such a drastic amount of work done on the truck. It all turned out well. Now let’s see how things are going after six months have passed.

Not a Single Issue
Pete says that since the replacement was completed back in August his truck has had no problems at all related to the frame, chassis, or any other item that was touched by the replacement work. In fact, the truck was recently in for its first front brake job. Not bad for 60,000 miles. The independent mechanic Pete used said that Toyota did a very good job. Neat, tidy, and done professionally.

Unrelated to the frame replacement, Pete did replace the AC compressor in the truck. Although expensive, Pete feels the truck has been good to him. I can relate, having recently done all the major maintenance on an ’07 Highlander. Some vehicles are worth putting some money into. I asked Pete if any rattles or other type of issues had surfaced and his reply was “No, none.”

Tacoma Winter Excellence
Our area has had over 60 inches of snow in the past three weeks. Pete’s Tacoma is now his wife Sandy’s first choice of vehicles. Her Altima is a great sedan, but the snowbanks are now so high sedan drivers are unable to see at intersections. 4WD is also a must as well on snow days.

As the owner of a very similar vehicle, I cannot claim to be completely unbiased. That said, we have detailed the story here factually, and our following the issue in multiple forums leads us to believe that most owners have had a similar good outcome. Pete loves his ’07 Tacoma, and the frame replacement was not something he was happy to have come up. However, the Tacoma is so good it was worth it according to him. Feel free to add your experiences in the comments section below.

Paul wrote on February 25, 2015 - 10:02pm Permalink
My father-in-law had this done to his Tacoma a number of years ago. He did it around 120k miles and drove on the new frame until December last year when he traded it with over 200k miles
Edward Richey wrote on February 27, 2015 - 10:04am Permalink
I have a 2006 Tacoma Access Cab with 182,000 miles. One owner, one driver for 9 years and have only replaced front headlights, tail lights, normal maintenance. Absolutely no other issues! This is the most reliable vehicle I have ever owned in my 55 years of driving. I also have a 2013 Tacoma Double Cab Prerunner with 28000 miles and there have been no issues there either.
Brian Papiernik wrote on January 29, 2018 - 11:07am Permalink
I am in the process of having my 2005 Toyota Sequoia frame replaced and have searched for the parts associated with the recall of the frame . In the above mentioned article is there a source for the parts included . I am thinking of getting some things replaced . Thank you .