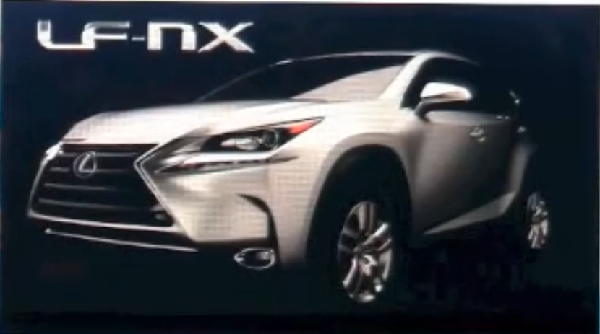 Lexus and Lincoln will both bring to market what seems to be the exact formula for success. We predict which will do better and explain why the vehicle itself is just part of the answer.
Advertisement

The compact luxury crossover market in the US is about to get more crowded. Later this year both Lincoln with its all-new MKC , and Lexus with its all-new NX will attempt to muscle in on the segment that BMW’s X3, and Mercedes GLK have established. Actually, the 1998 Lexus RX 300 created the whole thing back a few car-generations ago, but then grew itself out of the compact crossover segment and became sort of mid-sized and also premium-priced. It was a good move for Lexus. The RX 350 and its hybrid version now sell at about three times the rate of the BMW X3. However, the market for vehicles just a bit smaller is about to explode. Both Lexus and Lincoln plan to play hardball to capture some of the sales.

Lincoln is planning to enter the game with a vehicle based closely on its top-spec Ford Escape compact crossover. That is not a bad place to start. The Escape is the leading seller in this size vehicle with about 24,000 units per month in North America. By contrast the BMW X3 sells about 4,000 units per month. In terms of engines, Lincoln is going to bring it with a 2.3 liter turbocharged four cylinder. The engine will produce 275 horsepower. That will make it very competitive with the X3, which offers 240 HP in its leading selling version and 300 in its HiPo version. We could list off all the bling that Lincoln with lather the MKC with, but since Lincoln has been upgrading Fords since about the time of the Lincoln presidency it should be obvious by now what the formula is.

Toyota’s Lexus division is also going to base its new crossover, which we are calling the NX 250T, on its venerable Toyota RAV 4. The RAV 4 sells about 21,000 units in a good month and again, is an excellent place to start. Toyota is coming to market with a four cylinder turbo four as well, but it will either be an all-new 2.0 liter engine or it may use BMW’s engine. A hybrid is also planned using the excellent powertrain that Lexus uses in the IS 300h (Europe) and the ES 300h.

Lexus sells more RX 350s than any other competitor sells anything remotely like that vehicle, and has for a long time. Lexus has a huge following for the vehicle. Many, like me actually, have owned the RX (mine was a current-generation vehicle) and loved it, but would have preferred the option of a slightly smaller, less expensive Lexus that would achieve much better mileage than the 20 MPG combined the most popular RX gets. The Lexus NX 250T will have a combined MPG of about 24, and the NX 300h hybrid will come in around 36 MPG combined. Typical RX 350s sell for about $49K. The new Lexus NX line will sell for between $39K and $45K. Both Lincoln and Lexus will have an excellent cost structure compared with the German rivals mainly due to the massive parts commonality and economies of scale they enjoy due to the success of their mainstream compact crossovers.

One thing Lincoln will have trouble matching is Lexus’ ownership experience. Lexus has the best reliability in the world and Ford/Lincoln bounces around, often near the bottom of all brands. Dealerships vary from place to place, but Lexus has the better network, and a significantly larger loyal customer base. We have no doubt that both vehicles will drive nicely and be just what buyers are looking for, but Lexus has the dealerships and reputation to really maximize its sales of this new crossover in what we predict will become the hottest near-luxury segment of all in the next 5 years.