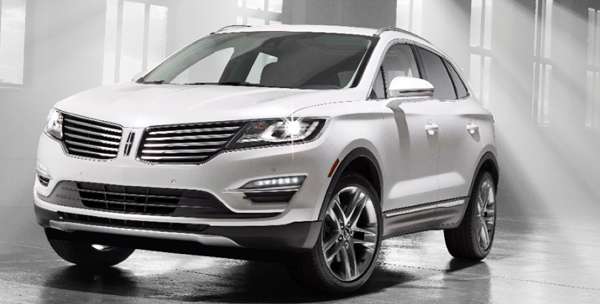 Quick, picture the Lincoln MKZ, MKX, MKT and MKS in your head. Can't do it can you? Well, just to further muddle the model lineup, there's a new 2015 Lincoln MKC in the mix and it's yet another example of murky marketing by the premium arm of the Ford Motor Co. as it attempts to squeeze some cash into the lackluster company.
Advertisement

Lincoln, which has been in my opinion operating in relative obscurity, pretty much comes right out and says it built the 2015 Lincoln MKC to scoop up some Benjamins. Its announcement release said, "MKC gives Lincoln a compelling offering in the small premium utility vehicle segment, the fastest-growing part of the luxury market. The segment has grown by 25 percent since 2012 and by more than 200 percent since 2009. The segment growth is being driven by new luxury buyers who are coming into affluence, as well as by current luxury owners who are moving from larger vehicles to smaller ones as their life desires change."

Nary a mention about driving desire or other compelling marketing speak. Lincoln faces a problem because its average owner is closer to Social Security than having kids in high school.

Lincoln says the MKC – first introduced as a concept vehicle at the 2013 North American International Auto Show in Detroit – represents a critical milestone in the company’s plan to expand its lineup. So it wisely introduced something in the small premium utility vehicle segment where it's going against domestic models like the Buick Encore and Cadillac SRX and foreign makes like the Audi Q5, BMW X3 and the Infiniti QX50, itself the victim of obtuse naming.

This is my opinion without having seen the Lincoln MKC in the flesh – and I hope to accomplish that next week at the LA Auto Show – but Lincoln hasn't accomplished its goal of "creating a standout vehicle in a competitive field." The photos released show a crossover with an unflattering Lincoln split-wing grille. Also, its hands-free wraparound liftgate is a feature available on the Ford Escape – a downmarket vehicle.

The MKC, according to Lincoln has an "architecturally unique instrument panel showcases Lincoln’s signature push-button gear shifter, which provides an open, inviting interior space." To me it looks like a robot from a late '80s movie with its mouth wide open. MKC phone home.