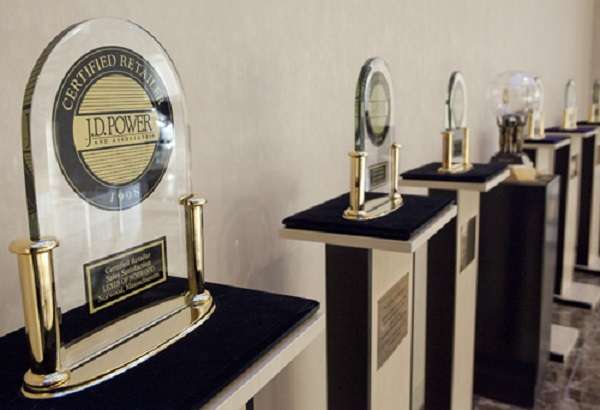 The simple reason Lexus is number one in service

The Lexus dealership closest to me has 90 loaner cars. Not nine. Ninety. While I was signing out the RX 350 loaner I was given I happened to see the list that the service advisor was looking at, and I asked if the three long rows all the way down the page were loaners, or if it was a list of all the cars in stock. He said “That is just the loaners. We have ninety.” I now understand why Lexus has such high customer satisfaction and wins “Most loved” car brand awards.

The dealership has 44 service bays and it has more than twice that number of loaner cars. That is why when a customer calls with a problem and needs a loaner that day, one is almost always available. This might not seem important to some, but to me it is important. In my previous career I was an on the road sales person for industrial products. I needed a sedan that was always ready to go. My first work car was a Subaru 2.5GT. At the time I bought that car it was the most expensive vehicle Subaru had ever sold in the US. After 11K miles it broke a connecting rod and the engine had to be replaced. It took about 2 weeks. After some negotiations Subaru agreed to “rent” me a car. A used Corolla, which I liked as much as the new Subaru. By contrast, all of the loaners at Lexus are new cars of the current model year. In fact, it uses the most popular vehicles, the RX 350 and the ES 350, with a few surprises, like the CT 200h thrown in if you want a hybrid. I have also had a loaner RX 450h from that dealership. Some have become the subject of reviews I have done at Torque News.

After the service and product quality didn’t meet my needs at Subaru I departed for Honda. My 2003 Accord V6 was an excellent car. However, like most V6 Accords of that vintage mine lost the transmission while still very young. Again, Honda didn’t have a loaner for me, so it helped me arrange a rental that I paid for out of pocket. After a few more years wasting time and money at dealerships while I could have been working, I decided to look for a new car company that had loaners. That eventually led me to Lexus to get my vehicles serviced, but there was one more stop along the way.

More than a few readers that have made it this far into the interview are now thinking “It must be nice to have money.” It is of course, but in fairness to the topic I should point out that my visit to the Lexus dealer that inspired this article was to have my 7 year old Toyota serviced. I was very happy to find out that the dealership that serviced my wife’s Lexus would also work on my Toyota. That story started when had the oil in my Highlander changed at a local Toyota dealership. When I got home the oil was dripping onto my garage floor. The dealership asked me to come back. I did, and they took me right in. After the second service I checked the oil and the technical had added so much extra oil the dipstick was wet almost to the top. Rather than do the job right he gave the drain plug a twist and added more oil without even checking the level. Having had a second chance to do the job right, this dealership blew it. So I had to look for other options and that was when I found that Lexus would work on my Toyota Highlander.

Since I moved my car service business to Lexus I have even had Lexus technicians come to my house to help me with a car problem. It took them about an hour from my first phone call to arrive and deal with the issue, which was under warranty. I have also had many loaners, and many meals from Lexus. Yes, the dealership has a café. Everything is free. You don’t even need to be in for service. Just be a customer or Lexus owner and stop in any time for breakfast or lunch. And while you eat they wash your car for free. Contrast this with another dealership I visited about a year ago. While I waited to negotiate the price of a 370Z, the salesperson asked if I wanted a cup of coffee. I said “Sure.” His reply was, “The machine is over there.” I was OK with getting my own of course. However, when I went to the machine it was coin operated. I was in luck! I had the 2 quarters it wanted. It took my money and then I discovered it was out of coffee. I left.

Lexus is not perfect. No car company is. However, if you find yourself sitting around a car dealership service lounge someday holding an empty coffee cup waiting to pay for a rental while Dora the Explorer blares at you, just know there might be another option.

This is an opinion piece, so feel free to add you own opinions, comments, or stories below.