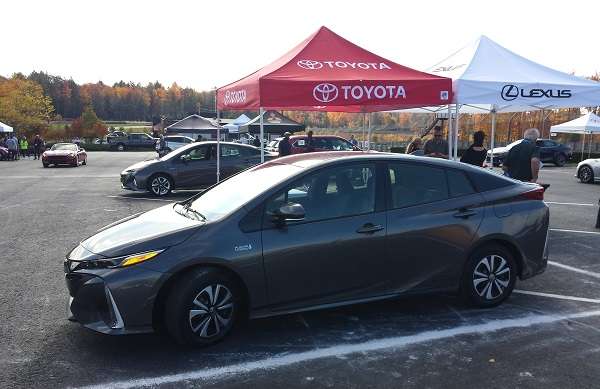 Akio Toyoda Takes Over EVs at Toyota - Can He Rival Elon Musk and Mary Barra?

Akio Toyoda himself leads the EV effort at Toyota. It's hard to argue with his results so far.
Advertisement

It is no secret that Akio Toyoda is not a fan of EVs. When engineers at his company brought him an electric version of the 86 sports car he scoffed "It's an electric vehicle..." That was not the reaction they were hoping for.

Electric Vehicles As Commodities
Toyoda knows that once vehicles are electrified they become "commodities." It's hard to argue otherwise. For the better part of a century, most automakers have chosen to define their brand and its products by horsepower, fuel economy, and then everything else. Once vehicles are electric, much of the personality of the car, crossover, or truck is gone. "When it comes to electric vehicles, every car, be it the Yaris or whatever, once it is electrified, the acceleration is all the same," Toyoda told Automotive News. "The reason I am responsible for EVs as well is that I don't want to make these cars a commodity. Even with the electrification of the vehicles, I want the prefix "I love' to be affixed to those cars."

Toyota Prius Prime Top Selling EV In April
Back in November, Akio Toyoda, the leader of Toyota and the grandson of its founder, assumed control of the electric vehicle division of Toyota. Five months later, Toyota's Prius Prime Hybrid plug-in hybrid electric vehicle was the top selling EV in America in April. It nearly outsold both the Model S and Model X from Tesla combined.

EV Advocates Want Toyota To Fail
Toyota's Prius Prime success drives battery-electric advocates completely nuts. They want vehicles electrified first, a reduction in fuel use or greenhouse gasses are their lesser goals. If they really wanted environmental change first, they would embrace any successful green car. They might even see the Prius Plug-in's success as proof that a zero emission vehicle may be both affordable, and long range. Don't hold your breath. (More on page 2)

Akio Toyoda's Results So Far
Toyoda is no fool. When he took over the EV operations at Toyota last fall he pulled in two key team members, one of whom was the former Prius manager. Toyota spokeswoman Kayo Doi explained why Toyoda and two key vice presidents are heading up the EV development now at Toyota. Doi said, "By putting the president and vice presidents in charge of the department, we plan to speed up development of electric cars. The president will directly oversee the department's operations to enable decisions to be made quickly and nimbly." Given that Toyota has gone from being absent from the list of EVs for sale in America to the top-selling overall last month, it appears that Toyota corp and Toyoda the man are serious about putting EVs in the driveways of more Americans.