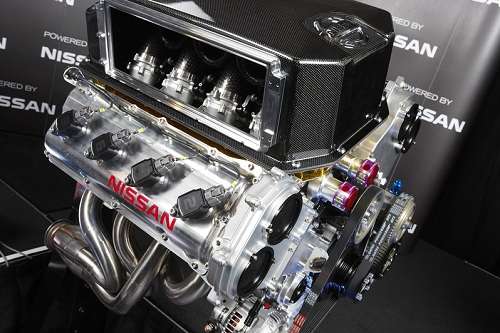 What does a Nissan V8 racing engine have to do with GM, the UAW, and pickup trucks

Austrialians are very big muscle-car fans and just like in the classic Movie Mad Max, may one day be the home of the last of the V8 interceptors.
Advertisement

The last great car society on Earth is not the United States. Nor is it Germany, or Italy. Certainly it is not Japan, which has moved to little toy cars that look like a cartoon. If you thought of Australia you are on the right track. In Australia there are still V8, rear-drive, and affordable sedans for sale. Nissan recently issued a press release highlighting its new Supercar Racing Series V8 engine and it brings back memories of what have been in the US market. This story is inspired by an e-mail sent in yesterday by a Torque News reader who attached a photo of a car they thought looked and sounded great and wanted to know what it was so they could look at one to buy. The car was a Pontiac G8.

In the early and mid 2000s, before GM imploded and went through what is often called bankruptcy, it had a performance division called Pontiac. Named after a place where great cars were built for the better part of a century, Pontiac had been the affordable performance brand for mighty GM. Yes, Chevrolet always had exclusive tights to the Corvette (until Cadillac borrowed the chassis for a few years), but it was always Pontiac that had the affordable muscle. The 1960s GTO stands out as the best example, but the truth is Pontiac really hit its stride in the 2000s with the G8. The G8 was a four door sedan. It had a rear-drive platform and it was available with some real power being delivered from the V8 engines it could be supplied with (hence the number in the name). The car was barely advertised but it was a hit with enthusiasts. There was a big problem for GM with the car though. It was not built by the United Autoworkers Union and they hated it.

In Australia there is a division of GM called Holden. Holden has a car that was popular called the Commodore. It was actually the Commodore that was being sneaked into the US by GM and therefore the UAW wanted it killed. They successfully limited the numbers to be brought in, that led to a limited marketing budget, and the rest is history. What does this have to do with Nissan? Nissan today announced a big-budget racing program aimed at using is production V8 engine in the Australian racing series called the Supercar Series. Nissan wants to use the V8 there to develop it further, explore the rear-drive V8 car market, and also use what it knows back in the US market.

It is easy to get caught up in the hype over small hybrids and fuel sippers here in the US. What we sometimes forget is that more buyers of vehicles for personal and family use still buy a rear-drive, four door with available V8 power than any other type of vehicle. That vehicle is called the Ford F150 and the Chevy Silverado, (and Nissan hopes the Frontier.) It is a shame we can’t have the more efficient sedan version of these enjoyable vehicles due to CAFE regulations and Union muscle.

Video Courtesy of Youtube.com and PDriveTV

Tesla Contemplates A New Strategy for China Retail even As Sales Boom
Jay Leno on Elon Musk & EVs: “I Think He Should Get ... Credit"
END_OF_DOCUMENT_TOKEN_TO_BE_REPLACED