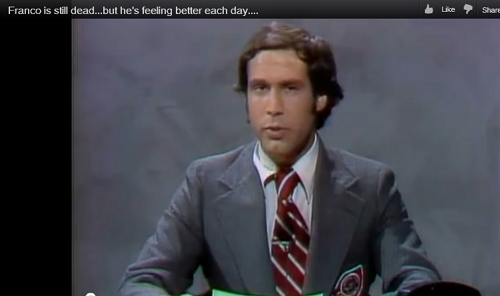 In an announcement we now hear regularly, Volvo claims its new technology allows for faster recharging of EVs, but sounds a little late to the party, and a little comic.
Advertisement

In an announcement today, Volvo Corporation announced that it now has a charging technology it calls “Fast Charging” that can allow an electric vehicle (EV) to recharging in just 90 minutes. Although it is tempting to heap praise on this development it has a familiar ring to it since for quite some time other car companies have been moving ahead with fast charging technology that is already three times faster. These new announcements from manufacturers telling the public that their electric car (which almost nobody on the planet owns) can now be charged much, much, faster are starting to take on an almost comic tone.

No Fast Charging Standard For EVs
Electric cars do not have just one way to recharge. Imagine that you are the owner of a Ford and it uses regular unleaded gasoline. Now imagine you also have a Mercedes which uses premium unleaded. Finally, your third car is a Volkswagen diesel. All three of these vehicles can be refueled exactly the same way, even though all three fuels are different liquids coming from different tanks under the service station. One simply chooses the nozzle they want, and within about 90 seconds the fuel is in and the driver is ready to roll. Electric cars do not work like this. Presently, although there are standard connections available for electric cars, the charging time takes hours, not seconds. Many auto manufacturers such as Nissan and Mitsubishi have developed new technology that can charge an electric car in just 30 minutes. Still glacial in terms of a comparison to a liquid fuel car, but fast compared to the initial charging technology electric cars launched with.

Tesla Supercharger Network
Some car companies have decided to jump ahead with their own plan to deal with the fact that an electric car cannot be driven very far by comparison to a tradition vehicle. Tesla for example came up with its own plan and its own equipment. A recent story overviewing why this may fail (which is a fact, not an opinion) generated the most reader feedback in Torque News history. It should be noted that none of the respondents actually claimed to own a Tesla.

SAE and CHADEMO Fast Charging Standards
In addition to going their own way, some manufacturers such as Nissan and organizations like SAE, have their own 30 minute fast charging technology that think everyone who owns an EV could use. They like their idea so much they think it should become the industry standard. This is actually a good plan since then all brands of electric cars could hook up for half an hour at any station and then be on their way after a mocha latte and a bit of Facebook time in a local café. However, rather than working together they have decided to fight about it. Similarly, even those who are getting government help cannot avoid devolving the relationship into a lawsuit.

Volvo may have built a better mousetrap, but all these “fast” charging announcements are starting to sound a like a Saturday Night Live skit. “This just in, Generalissimo Francisco Franco is still dead.”

Photo and Video courtesy of Youtube.com and dosdne2. Comedy by car companies.

Matthew wrote on November 5, 2012 - 11:56am Permalink
To me the logical question isn't how fast it charges, but where can I plug it in? If I bought a fast-charging car from anyone around here, just where do they expect me to plug it in? If it's at home, then I would do it at night, and the speed would be irrelevant. But if I wanted to take the car from my home to the lake house in New Hampshire, the speed of the charge would be irrelevant unless I brought a very, very long cord....... The simplest formula is the hybrid; there's no reason for an all electric car. By the time they build enough charging stations around the country, we'll be drinking uber-cheap fracking oil and the cost of electricity from windmills will be too exorbitant to make it remotely palatable.
John Goreham wrote on November 5, 2012 - 8:32pm Permalink
Zactly