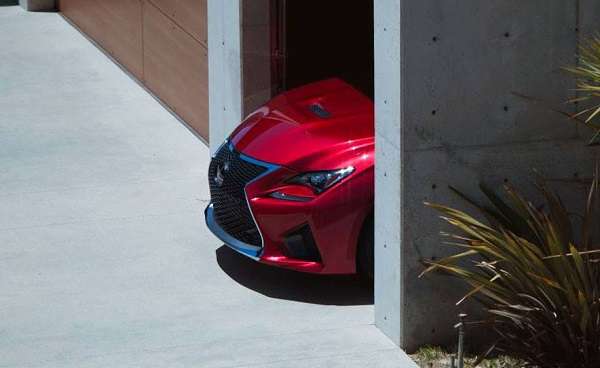 When Toyota invented Lexus, the company had in mind a luxury car company. At the time, luxury cars were relatively conservative in their styling. Many still are. There is nothing wrong with that. Lexus focused doggedly on quality, durability, and reliability and rose to the top of every ranking and survey. It styled its cars like all the rest. Then critics and reviewers who prefer sports cars, often made by the same luxury car companies Lexus had passed in sales, decided Lexus was boring. Perhaps Lexus was, or perhaps not, but that became the easy template to follow.

Fast forward to Akio Toyoda taking the helm. He has stirred the passions of his Lexus fans like no previous CEO has. Akio is not satisfied with “just” making the most reliable cars and trucks, or those that have the highest resale value, or those that sell at the top of every key segment (except trucks). Mr. Toyoda is tired of hearing “boring.” So he has set out to change the way some of the cars and trucks perform and feel to make them more engaging. He is well on his way. One of the biggest milestones was the IS sports sedan winning Car and Driver and also Road and Track’s head to head comparison with BMW and Audi (and Cadillac) last year.

Cars are not just machines to move people around though. They also have a style and a look that defines them. Lexus’ designers decided two things. First, the look of a Lexus would no longer be anything but a Lexus look. Its cars are now so dramatically different in style than say a BMW or Audi that nobody would ever mistake a Lexus for one. This is hard to dispute. Nobody in the industry has a spindle grill. Pretty much every other competitor now uses a flat nose and a flat hood, all the easier to meet pedestrian standards, as we pointed out a couple years ago (photos here).

The second thing is that Lexus’ car designs are no longer middle of the road, or boring. Reviewers compare them to anime cartoons, or call them “over the top”, or “ugly.” I have not read anyone who said the new Lexus RC F was a “boring design.” You may not like the design, but when Lexus applied its new styling to the IS its sales doubled and passed long time rival the Infiniti G37 and Q50.

Take a look at the image atop this story which we found on Lexus’ official Facebook Page. When you looked at the image, it said to you “Lexus.” You may not be able to discern the exact model and trim, but you knew the brand even though you can't make out the brand logo. Mission accomplished.

mike wrote on March 27, 2015 - 5:37am Permalink
You know John, I'm more and more liking my Lexus ISF and after trying both M4 and RCF i'm more and more liking Lexus brand but i've stil an strong attachment to BMW too. Actualy my wife has a 435 and l realy like it a lot. But l dare to say l love my ISF. And the new styling is really expressive and as you say one can see that's a Lexus.