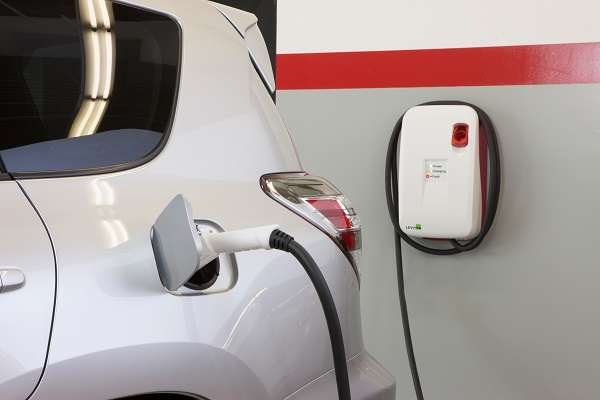 In the EV sales race Nissan leads, Toyota is looking to pass, Chevy drops back, Ford accelerates, and Tesla is stuck in fourth. Nobody else matters.
Advertisement

Very quietly Toyota has been regaining its substantial share of the US electrified car market. In 2013 Toyota’s cars with plugs, the RAV4 EV and Prius Plug-In, garnered about 13% of the market. Since the start of this year Toyota’s share of the market for of cars that can run on electric power either partially, or entirely, has risen to 19%.

In 2012, the year that electrified vehicles really became a viable option in the US, Toyota owned a quarter of the electrified car market. That year the Chevy Volt was the sales leader among electrified cars in the US. Nissan’s Leaf is now the leading seller in the electric car market having outpaced the Volt and Tesla Model S by almost a 2 to 1 margin. Only the Prius Plug-In rivals the Leaf in sales now.

What Happened to Tesla?
Tesla’s Model S gets most of the glory in the mainstream media coverage of EVs. One recent headline blared "Electric Vehicles Are Dead, Long Live Tesla." However, its US sales have dropped back to a distant fourth place in the electrified vehicle market. Tesla has shifted its focus to a more global distribution for its amazing sedans, which it can only produce in limited numbers despite frequent stories about its future expansion plans. Ford now sells more electrified cars in the US than does Tesla each month. In May Ford sold roughly twice as many as Tesla according to Inside EVs, one reliable source we use.

The Power of the Prius Hybrid’s Owner Loyalty
Part of Toyota’s success has been built upon its excellent Prius Hybrid family. The Prius hybrid (not the electrified one with the plug) has sold literally hundreds of thousands of units per year, for many years in the US, and is currently on a 325,000 unit per year pace. There is little doubt the Prius Plug-In has benefitted mightily from that green legacy. The RAV4 EV on the other hand is a compliance vehicle sold exclusively in the California market that Toyota restricts to low numbers by design. Yet, the RAV4 EV still outsells a bit less than half of the electrified models for sale in the US.

Prius Hybrid is a “Green Car Gateway Drug”
Subjectively, our discussions with Tesla owners and shoppers for the new BMW i3, seem to indicate that many green car buyers start with a Prius hybrid. Many buy a second, but some turn to a more “extreme” green car like the electric-only Nissan Leaf, looking to go further with their environmental commitment. The Prius Plug-In may fill that need for some buyers. However, those green car shoppers looking to step up the environmental commitment, and who also want more performance and luxury look to the Tesla Model S and new BMW i3. Toyota has not offered buyers a “step-up” car with a plug that goes further both environmentally and in performance. This may have been the reason Lexus, Toyota’s premium division, recently created an advertisement disparaging EVs and highlighting the company’s luxury hybrids.

Misconceptions About Toyota’s Commitment to Electrified Cars
There exists a perception in the EV blogosphere that Toyota does not have a focus on electrified vehicles. Toyota, Lexus, and Scion combined offer 18 car models in the US market. The Prius Plug-In outsells 10 of those models each month.

Toyota’s RAV4 EV and Prius Plug-In are rarely the models that get the attention of the press. They are not the fastest, don’t have the longest range, and do not enjoy the most active fan clubs. The company also seems to downplay its commitment to cars of the type. Despite this, the Toyota's market share continues to creep up on first place in the segment.

Parks McCants wrote on June 6, 2014 - 10:19am Permalink
It's a $ thing John. The "S" is a rich man's play thing. Great looking and expensive at every turn.
Robert Stelling wrote on June 6, 2014 - 7:49pm Permalink
Well, I own an S, and I'm not rich. But I know value. I don't understand your "expensive at every turn" comment, as I pay nothing for fuel, there is no service, and I never need nor use "public" charging since I have 250 -300 miles of range every morning. My car is not subsidized like the Hyundai and Toyota FCVs are and will be. My fuel comes from the sun, so I don't have to make CO2 reforming NatGas. Sure, it's a high end car. Compare to Porsche, Mercedes, BMW. Are those playthings? People use them for daily living. My Tesla is my only car. I have 44000 miles on it in 20 months. I must do a lot of playing.
mike w wrote on June 6, 2014 - 2:27pm Permalink
There still is a 2 to 3 month waiting list for the Tesla otherwise their sales would be higher. Now that Toyota has pulled the plug on the RAV 4e their sales might dip a bit. With the Prius electric range at say 6 miles its a stretch calling it a plug in.
John Goreham wrote on June 6, 2014 - 2:57pm Permalink
All true. Tesla also makes about double the cars it sells in the US market. I agree that Tesla is constrained so far only by its production capability. All the automakers on the list also have international sales ongoing. I just focus on the US market. Given the truths you state about the RAV4 EV and Prius Plug-In, have you ever wondered if Toyota might have a surprise Prius EV offering of some sort in the next couple years?
mike w wrote on June 6, 2014 - 4:45pm Permalink
Yes john a BEV of any kind coming from Toyota would be a BIG surprise. Toyota seems to be pushing their soon to be released FCV. The 9 ZEV credits each one of those car earns is cheaper than going to Tesla for batteries and motors (in the RAV 4e). Toyota has made it public info that they feel a car needs 300 mile range to be practical. As a 2011 LEAF owner with 45 mile range I understand their thinking.
John Goreham wrote on June 6, 2014 - 5:29pm Permalink
Logically, I agree with you. Nobody at Toyota has ever hinted to me that there is anything else coming. Still, it is a going to be a while before there is a hydrogen station around the corner. My condolences on the short range of the Leaf. I sometimes quote the radius an EV can operate in and people don't get it.
GregS wrote on June 8, 2014 - 4:58pm Permalink
Tesla's sales are constrained by supply, not demand. It is also double or triple the price of the others thereby limiting it's market, and yet there is still a waiting list. Model X will boost sales more, but when Gen III arrives it will be a game changer and EV sales will really take off.
microsrfr wrote on July 18, 2014 - 9:41am Permalink
I know the press likes to gain a following by covering the so-called manufacturers "race" to produce the most all-electric vehicles. But Elon Musk's stated goal is to accelerate the acceptance and conversion of the auto industry over to all-electric vehicles. In that vein he has actively shared his technology including patents with Toyota and others, including the guts of the RAV4 EV. Perhaps the most important indicator that Musk is serious is his construction of one or more Lithium battery gigafactories as these are the gating factor for EV penetration of the car market. If and when Toyota gets serious about shipping all-electric vehicles, they will probably need to utilize the output of one of Musk's battery factories.