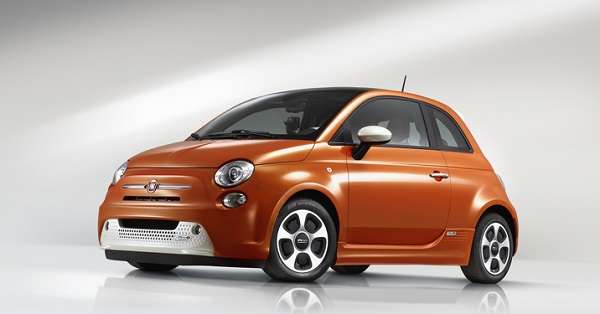 Fiat is not alone among the world’s leading automakers in thinking that EVs are not working out. Toyota feels the same way.
Advertisement

Fiat’s chairman, and respected automotive industry leader, Sergio Marchionne, has come out and said it. EVs are not working out the way many had hoped. If the leader of just one of the top five largest auto companies on Earth had the guts to do this it would be easy to say it is just one person’s opinion. However, there is the also the fact that Toyota is saying the same thing and more. Toyota is the largest automaker and the largest retail supplier of automobiles in America.

This week Mr. Marchionne offered up a plethora of excellent little quips. For example, Reuters reports that at an auto conference Wednesday he said with regard to the near micro-car, Fiat 500e (electric), "I hope you don't buy it because every time I sell one it costs me $14,000, I'm honest enough to tell you that." In case that wasn’t completely clear he also said "I will sell the (minimum) of what I need to sell and not one more. If we just build those vehicles, we'll be back asking ... in Washington for a second bailout because we'll be bankrupt.”

It is shame the numbers can’t work for the Fiat 500e. Patrick Rall, editor here at TN, is a person whose dally driver is a big powerful truck. He also keeps a (sort of secret) MOPAR monster that can run the quarter mile so fast it has to have its tires screwed to the rims to keep them from melting off at the bead when the car is launched. He loved the 500e and said about it “I think Fiat did a really nice job. I pushed it around Chrysler's test track pretty hard and it handled just as well as the normal 500.” If muscle car lovers enjoy the 500e, what do you think a person who is looking for an EV would think?

Fiat, owner of the Chrysler, SRT, Ram, and other former American “MOPAR” automakers, makes the 500e to comply with the California Air Resources Board (CARB) mandate. It forces automakers to produce and provide to customer a zero emissions vehicle if they want to sell the rest of the cars in California that 99% of the people in America want. CARB is similar to the US federal government’s EPA, and a few other agencies, all of which do pretty much the same thing in different degrees, except CARB "goes to eleven."

If you follow the news about electric vehicles (EVs) you know that Toyota has recently signaled in a variety of ways that it is not going to follow the pack down the road to electric vehicles as we know them. One way it signaled that was by cancelling its drivetrain contract with Tesla Motors for its only electric vehicle for sale to private parties in California, the RAV4 EV. The electric RAV4 is a money pit for Toyota, just like the Fiat 500e is for its maker.

There is one big difference between Toyota and Fiat saying that they don’t like EVs and are not planning to make more. Toyota is the company with the greenest passenger car fleet. It sells roughly a quarter million Prius vehicles each year in the US alone, and the fuel they save may even be more than the fuel saved by all the approximately 96,000 vehicles with a plug sold in the US last year. When compared to cars that use only electricity, the Prius is far and away the winner in the “Who saves more gasoline” contest. That is just one Toyota family hybrid model. It has hybrids in all shapes and sizes and earns about half the total hybrid business in the US. Toyota walks the walk.

Toyota also has an all-electric small Scion model it sells to municipalities and other such fleets. More impressive is the Prius Plug-in, which was the number two selling vehicle in the US least month that can be plugged in and then run on just that power to work or school. Only the Nissan Leaf, with its significantly larger taxpayer refunds and rebates can beat it.

Toyota is not interested in EVs because it thinks they don’t work for most people, and this month even ran advertisements for its Lexus line bashing EVs. However, it still has a plan to meet California’s mandates. And California is thrilled to offer hundreds of millions of dollars to support Toyota’s plan. That plan is to sell (soon) cars that run on only electricity with on-board fuel cells that use hydrogen as their energy media. EV fans and fanatics say that idea is stupid, which is exactly what everyone said about the Prius when it was introduced.