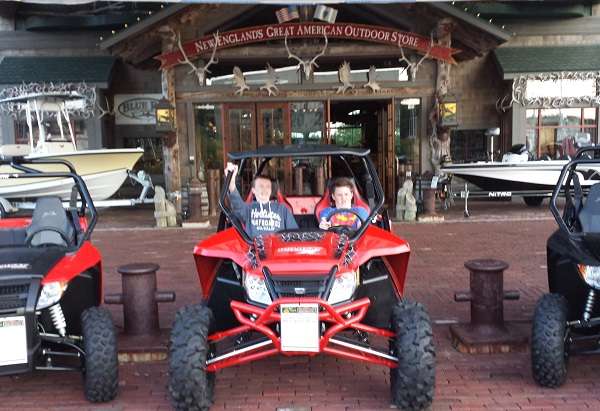 Toyota announced the 2015 Bass Pro Shops Tundra today. This is a marketing combination sure to be as successful as peanut butter and jelly, and also as popular with kid’s visiting the stores. If there is a store that is more fun to walk around in with kids, I have not found it. In the many years my boys and I have been going, we have never set foot inside without them first climbing all over the ATVs and boats. Now kids like mine will get to climb on Toyota Tundras and imagine towing their favorite toys in to the great outdoors.

2015 Bass Pro Shops Tundra
The Bass Pro Shops Tundra is the brainchild of Gulf States Toyota, a network of dealerships serving the named area. This is Duck Dynasty territory, and it is not hard to image our favorite reality TV characters in a Bass Pro Shops Tundra. As of now the special edition Tundra will only be available in Arkansas, Louisiana, Mississippi, Oklahoma and Texas, but ideas this good spread fast.

Bass Pro Shops Tundra Equipment List
All 2015 Bass Pro Shops Tundras start out silver and are configured as 4x4 CrewMax SR5s. This means they come with the standard tow package, which is, of course, a must for pulling boats and ATVs. The package also comes with some added features to make the trucks more usable and look better. The standard spray-in bed-liner is the most practical of the additions. 20” all-terrain matte-black wheels and all-terrain tires are fitted. Beefy fender flares and stainless exhaust tips add some visual punch, and there are black oval step-up tubes to make the climb in easier.

Commenting on the new Bass Pro Shops Tundra, Marty Collins, president and general manager of Gulf States Toyota said “In the Gulf States pick-up trucks and being outdoors are a natural way of life, and that’s why we’ve developed the 2015 Toyota Tundra Bass Pro Shops Off-Road Edition. This vehicle not only has all the capability to take you where you want to go, but you’ll look good doing it.”

About Tundra
The 2015 Toyota Tundra is built by Americans in Texas. Its US content ranks it higher than Chevy’s Silverado on the “American-Made” scale. The Tundra also has the highest resale value of any truck in its class. Over the past two years Tundra sales have grown steadily and are limited only by Toyota’s factory space, which is operating at full capacity.