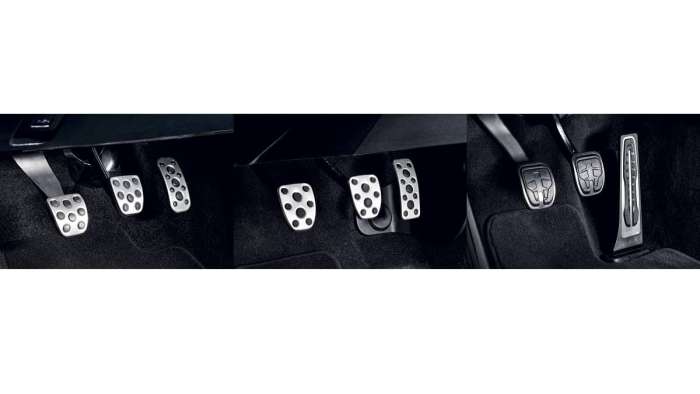 Toyota now has three sports cars with stick shifts. How did that happen?
Advertisement

It’s 2022 and Toyota hasn’t sold a battery-electric vehicle in the better part of a decade. But it can offer you a choice of not one, not two, but THREE stick-shifted sports cars. If this has happened at any point in the last half-century please tell us when in the comments below. Perhaps if you call the old ‘86 Corolla’s a "sports car" it may have happened.

The three current sports cars Toyota now offers with a manual transmission are as follows:
1) The GR86 rear-drive sports coupe with a four-cylinder engine notably lacking a turbocharger.
2) The Just-announced GR Corolla hatchback offered with a manual transmission, 3-cylinder turbo, and all0wheel drive. It’s like a rally car sort of.
3)The GR Supra, which has been around for a couple of years. It’s a rear-drive sports coupe with engines courtesy of BMW. Actually, the whole car is pretty much courtesy of BMW. That is not a bad thing.

The Lexus RC owners are crying in the decaf, three Splenda lattes as this story is written. Or at least a couple. We are running a poll at the Facebook Lexus RC club and so far, every respondent says that if their RC was offered with a stick shift, they would have chosen that option.

Toyota said in a statement recently that, “...sports car customers and fans have spoken, and we've listened.” Have sports car fans ever stopped saying that they wanted sticks shifts? We have colleagues with stick shift tattoos. The desire runs pretty deep.

In addition to the GR86, GR Corolla, and the new GR Supra, Toyota will also sell you an iMT (Intelligent Manual Transmission) – with rev-matching capability in two trims of the Corolla sedan (SE and Apex) as well as in its Corolla Hatchback. If you like to shift pickup trucks, Toyota can also sell you a Tacoma with a stick.

Are you a fan of three-pedal vehicles? Do you like to heel-toe your downshifts? Or maybe shift 1-3 or 2-4 in traffic? How about doing drop-clutch burnouts to impress folks in traffic? If so, tell us in the comments below which of the many Toyota vehicles with a stick shift you prefer.

Mark Day wrote on April 19, 2022 - 7:37pm Permalink
My understanding is that the market for manual transmissions is minuscule ~ 2%?. I've owned both, and in high traffic areas don't want it. Doesn't seem cost-effective for manufactures to offer. New auto trans, like the ZF 8-speed, are engineering marvels - my choice.
John Goreham wrote on April 20, 2022 - 7:34am Permalink
You make an excellent point. The folks who say they want manuals are a very vocal minority. The market for sports coupes is itself pretty limited.

Tesla Contemplates A New Strategy for China Retail even As Sales Boom
Jay Leno on Elon Musk & EVs: “I Think He Should Get ... Credit"
END_OF_DOCUMENT_TOKEN_TO_BE_REPLACED