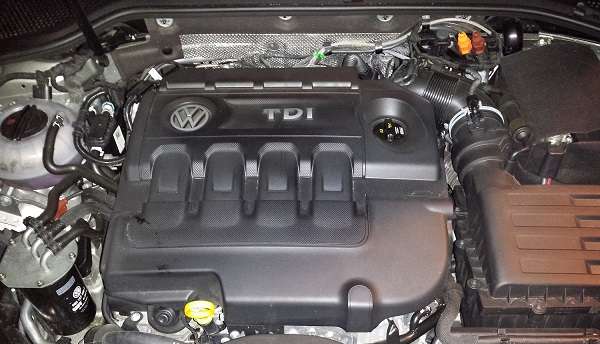 The agency that coordinated the study that brought Volkswagen’s cheating to light has some sobering news for diesel advocates, particularly those with any environmental conscience. According to the researchers, there is no diesel technology to meet coming standards
Advertisement

Here at Torque News we have covered diesel vehicles in detail. When diesels achieved milestones we reported on it (though those are now in question). However, for this reporter, the dead end diesels face has been obvious for some time. Both Toyota and Mazda have successful diesels in other markets, but both opted not to sell them in the U.S. Toyota made it clear why diesels don't work, saying they are too expensive to make clean.

The International Council on Clean Transportation (ICCT) is the organization that worked with the University of West Virginia to test and data-log the performance of diesel cars in the real world. Responding to a notable rise in the levels of oxides of nitrogen (NOx), the pollutant that causes lung diseases like asthma, the group tested VW’s cars and found they did not comply with the rules when they were on the road. What many have missed, is that ICCT didn’t just test Volkswagens. The group also tested diesel cars minivans and crossovers from other automakers. The conclusion is that although it is possible to regulate NOx to meet the intended legal levels, it is very tricky, requires multiple types of catalysts and treatments, and it reduces fuel economy. You can read the extremely detailed report yourself here. The conclusion of the long study is presented below unedited by Torque News except for the parts we made appear in bold type.

Begin Quote (Page 50 of 59): Another possible explanation for the high NOX emissions from diesels is that robust control of NOX emissions is likely to result in a small fuel penalty that—unlike high on-road NOX emissions—can be directly perceived by the users of the vehicles and negatively affects compliance with the CO2 standards, thereby creating an incentive for manufacturers to optimize fuel consumption to the detriment of NOX performance.

The average on-road emissions of CO and THC remained consistently low for all the
vehicles under test. This otherwise praiseworthy behavior was overshadowed by a
generalized unsatisfactory emission profile of NOX. High NOX emissions were observed
across vehicles, regions (US and EU), manufacturers, and aftertreatment technologies.
They were heavily present not just in the more demanding driving situations (e.g., uphill
driving, instances of high acceleration*velocity), but also during the situations that
would in principle be most favorable to achieve low NOX emissions. This points to the application of NOX control strategies that are optimized for the current type-approval test
procedures (on the chassis dynamometer laboratory, using a standard test cycle), but
are not robust enough to yield acceptable on-road performance. This engineering approach,
albeit legal in the current regulatory context, entails a risk for manufacturers that
are heavily invested in diesel technology, because it can steer environmentally conscious
customers away from their offerings. Ultimately, it is also unlikely to be sustainable after
PEMS testing is introduced for the type-approval of passenger cars in the EU in 2017. :End Quote

Both Mazda and Toyota have successful diesel drivetrains in other markets. The reasons why both have opted out of the U.S. diesel market are becoming clear. There is no future in the technology.