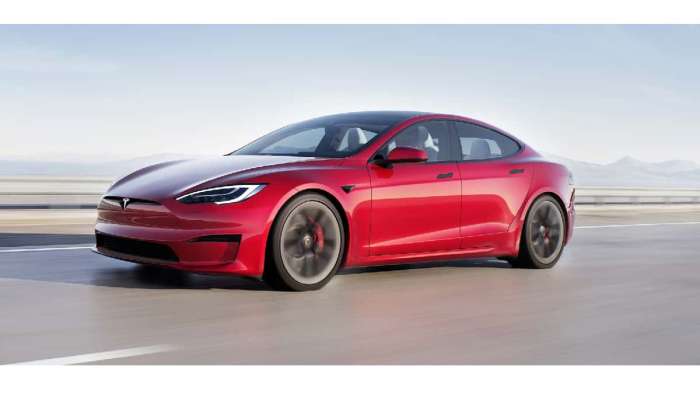 Tesla’s deliveries of its fanciest models are now just one-third of its prior delivery volume.
Advertisement

Tesla announced its Q3 2021 delivery and production data today. As usual, the company did not break out its production and delivery data by market or by model. Tesla instead reports its global numbers and separates its models into two categories, S/X and 3/Y.

The five-year-long decline in Model S/X deliveries has again continued. Above is a chart of the last five years of Tesla delivery data as reported by the company on its website. As you can see, the high point of the pricey S/X models was 2018. Tesla sells fewer S/X models today than it has since the two models were first in full production back in 2016. Prior to that, the X was still struggling to be produced at its target levels.

Tesla kept its delivery and production press release brief. Other than the raw data, the Model S and Model X are not mentioned at all. In prior years, Tesla would explain in more detail how its models were doing, how the global sales and delivery climate affected the company's performance, and add other interesting tidbits.

The Tesla Model S was recently redesigned and was off the market for a while. In April of this year, Tesla-advocacy publication, Elektrek, reported that Tesla would resume delivering over 100,000 Model S and X vehicles. The publication quoted Elon Musk as saying, “We’re going to aim to produce over 2,000 S/X per week. Perhaps if we get lucky, upwards of 2,400 or 2,500 units. This again is contingent on global supply chain issues, which are just a lot of factors outside of our control here. But I do think this will get solved.”

Coincidental to this news, Lucid has begun to deliver its Air sedan, which many in the EV press have compared to the Model S. Financial publication, The Motley Fool asked in its headline about the new Lucid Air, “Should Investors Expect Lucid Group to Become the Next Tesla?” Based on Tesla’s shrinking delivery performance for the Model S super-sedan, investors should hope the Air does not follow the same trajectory.

DeanMcManis wrote on October 5, 2021 - 12:52am Permalink
I am actually surprised that Tesla sold that many of the new Model S (they have not yet started to sell the refreshed Model X). I'm sure that some of that sales number was existing inventory of the old Model S/X. With all of the parts shortages there were hundreds of the new Models sitting for a long time, until Tesla figured some work-arounds for the supply/parts issues. And now with only a few months of trickling sales in 2021 the Model S is one of the world's top BEV sales. Even at it's $80K-$130K+ price. But the Model S Plaid has no real production performance rivals, so we would expect sales to be very good relative to this small market. Tesla shifted the bulk of their manufacturing efforts and resources to the Model 3, and later the Model Y. And their high capability with a much lower price has had the Model 3/Y sales soar, while the Model S/X got it's refresh, and sales should be good compared to similarly priced EVs (and gas models) in that class. I think that there will be another surge in Model Y sales when Giga Berlin and Giga Texas come on line, along with the battery and chassis updates. I have a friend who has preordered the Model X Plaid, but many deliveries (like the new Model S) have slipped to next year.