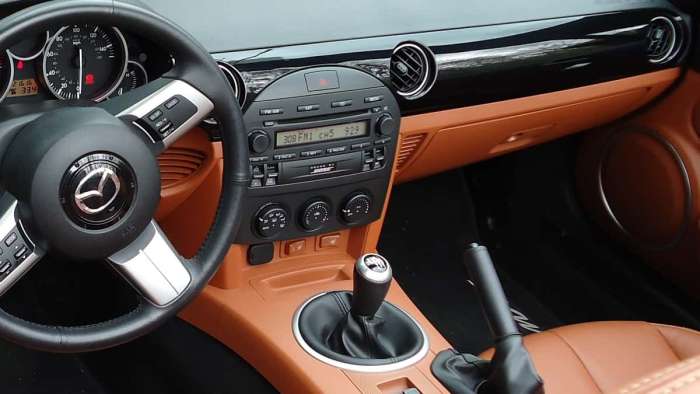 Here is why one experienced car tester says that only the Mazda Miata and Fiat 124 Spider are improved by a stick shift.
Advertisement

Among the automotive press, it is very popular to want to "save the sticks." Journalists of all ages, genders, and focus areas seem universal in their desire for most vehicles, or at last many, to have a stick shift option. I'm not one of those press members. Having tested vehicles now for a decade, and having myself owned many vehicles with a stick shift, I can only say that two affordable vehicles are really better with a stick shift. They are the Mazda Miata and the Fiat 124 Spider. Both of these vehicles start under $30K new.

Related Story: The Horror - Are Half Of Mazda Miatas Sold Automatics?!

Why Stick Shifts Don't Help Affordable Cars
Great affordable cars like the Honda Civic, Hyundai Veloster, Hyundai Elantra, and many others would seem to be perfect candidates for a stick shift. But they all lack a critical element in the way that I enjoy driving a stick. They all are front-wheel drive. I'm a fan of front-wheel drive commuter and everyday cars. It works much better in any condition that is not dry and sunny, and FWD allows for more interior space than any other option. Once you put a tunnel down the center of a car, the space is always minimized. 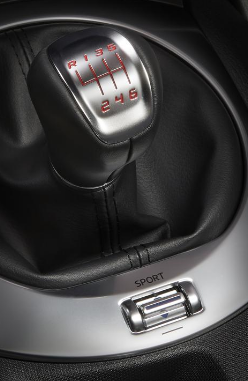 That said, one of the main reasons I like a stick shift is to be able to downshift heading into a corner to brake the car. One can certainly do this with any drive configuration, but only rear-wheel drive allows you to do it without impacting steering. The same is true when starting off at a corner under power. Front-wheel drive cars will pull the car and spin one wheel while you try to steer. If feels lousy. With a rear-wheel drive car, it feels great.

Why Many Tubos Don't Need a Stick
One reason I liked the stick shift in my classic Supra, Miata, classic Civic Si, and Integra was that all of them had the engine's torque in the upper rev bands. To have a satisfying feeling of push or pull, one needed to operate the car in the higher rev bands. Cars like the modern Civic and Veloster don't work that way. They have boosted engines that allow them to have the full torque feeling at just above idle. You don't need to wring them out at every corner to make them feel fun.

Why Commuter Cars With Manual Transmissions Are A Terrible Idea
Nearly every affordable vehicle sold today is a general-purpose, commuter car. We use them for daily tasks around town, and to commute most of the time we drive. Having a stick shift transmission is not a plus in these scenarios. Sure, there are a few fanatics that want a stick in such a car, but they don't buy them. Not in any appreciable numbers. Automakers and every dealer, new or used, know that those cars will sit until discounted. Or the lone fanatic shows up and wants one. One.

CVTs, DSGs, and Slushboxes Have Improved
There was a time in America when an affordable car meant having a lousy three or four-speed auto - or a stick. The lousy autos made the car a bummer to drive. Today, affordable cars like the Civic have great CVTs than can be "shifted" manually in some cases. One can use the paddle shifters, or in other cases, the +- function of the gear selector to keep the car in the part of the rev band one wants. That is at its core what a manual transmission has as its sole benefit. Cars like the Veloster and Elantra offer a dual-clutch auto that allows for even better control if you want to keep the car in a certain part of the rev band.

Why The Miata and S124 Spider Are Special
What makes the Miata and 124 Spider twins special is that they are affordable, rear-drive, and the rear drive does not impact the vehicle's rear seat space. Because there is no rear seat. These are cars that almost anyone can afford either new or used and they simply don't have any downside to a stick. Furthermore, both offer great feeling sticks. Not all sticks are great. (Fiat 500 we are looking at you).

The Miata and Spider both lend themselves to non-commuter, occasional driving. These are cars that are primarily built for fun driving. Country roads, and decent weather. They come with none of the parameters that make sticks a bummer.

The Miata also has an engine that loves to rev. It feels great driving a Miata around holding the revs between 3,000 and 5,000 RPM. Very few modern affordable cars feel good when you do that.

What About High-Performance Cars?
It could be argued that a Camaro, Challenger, or Mustang are all affordable and are all better with a stick. Feel free to make the argument. The vintage ones certainly all deserve a stick. The modern ones? Not so much. For one thing, they get slower with the stick. Our own editor has a Challenger and he is the first to explain why a car like that is a great car in which to have an automatic. These are also not "snickity-snick" stick shifts. They shift "heavy." The feeling is nothing like shifting a Miata or Spider. Is it "fun" to drive one with a stick? Sure. But not home from work in traffic, at night in the rain.

Related Story: An Electric Miata From Mazda Would Be Fantastic

I don't mind being the auto writer with the unpopular opinion on transmission choices. I've walked the walk. Aside from my manual Supra, Miata, Civic Si, and Integra, I've owned a stick-shift pickup truck (stupid). In addition, I've tested Corvettes, Vipers, BMW M-cars, Hellcats, Alfa-Romeo cars and other high-performance cars both on and off the track with every form of transmission. I understand first-hand the benefits and drawbacks of a manual transmission.

There is a reason that BMW, Ferrari, Porsche, and pretty much every mainstream automaker is moving away from stick shifts. Actually two reasons. The first reason is that they don't improve the enjoyment or performance of the vehicle. The second is that EVs don't need them. Add to that that customers don't buy them and you can understand why they are going away.

Hopefully, the Miata and Spider will continue with stick shifts until they go electric. From this vehicle tester's point of view, these are the only two affordable cars sold today that are made better with a manual transmission. What's your take? Tell us in the comments below and be sure to include the make model and year of the stick-shifted car you own.