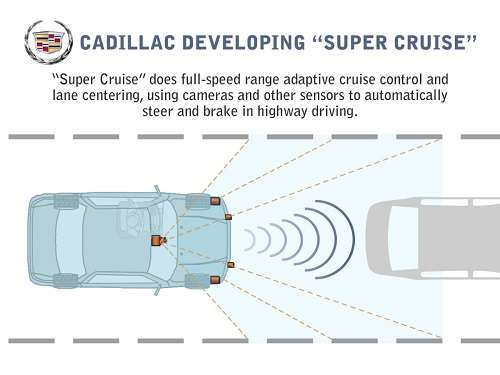 NHTSA steps up to help us understand self-driving cars

NHTSA has developed a level system for defining the automation technology in a self-driving vehicle. Just in time, since cars that drive themselves are already here.
Advertisement

As we have been reporting here at TN, self-driving cars are not some kind of future possibility, but rather, self-driving cars are here now. Until recently, the dialogue about autonomous vehicles and related topics were difficult to discuss because there were no definitions of what a self-driven car was. Until now. The National Highway Traffic Safety Administration (NHTSA), has released a study defining the types of autonomous cars, and done much more.

The first thing that NHTSA did was announce its intentions clearly courtesy of US Department of Transportation Secretary Ray LaHood. Mr. LaHood clarified the most important part of NHTSA’s role in the autonomous vehicle present and future, saying "Whether we're talking about automated features in cars today or fully automated vehicles of the future, our top priority is to ensure these vehicles – and their occupants – are safe." We will assume that when he mentions the vehicles being safe that this encompasses the safety of the drivers, pedestrians and others who are not using the autonomous vehicle, but may be near it. Secretary LaHood went on to state "Our research covers all levels of automation, including advances like automatic braking that may save lives in the near term, while the recommendations to states help them better oversee self-driving vehicle development, which holds promising long-term safety benefits."

IN a very helpful first step NHTSA has announced 5 levels of autonomy for vehicles. Thankfully, they are not color coded, but simply numbered. Here are the 4 levels that NHTSA announced this week with our commentary added:

No-Automation (Level 0): The driver is in complete and sole control of the primary vehicle controls – brake, steering, throttle, and motive power – at all times.
- TN Adds – There are no new vehicles sold in the US at this level. They all exceed this level because anti-lock brakes and stability control, which tales control of braking and other aspects of the vehicle are now mandated by law.

Function-specific Automation (Level 1): Automation at this level involves one or more specific control functions. Examples include electronic stability control or pre-charged brakes, where the vehicle automatically assists with braking to enable the driver to regain control of the vehicle or stop faster than possible by acting alone.
- TN Adds – Pre-charged brakes first appeared on German performance cars and the technology is now becoming much more common, even being found in cars like the Mazda CX-5 for under $30K.

Combined Function Automation (Level 2): This level involves automation of at least two primary control functions designed to work in unison to relieve the driver of control of those functions. An example of combined functions enabling a Level 2 system is adaptive cruise control in combination with lane centering.
- TN Adds – Cadillac’s new “Super Cruise” adaptive cruise control coming this fall is the perfect example of this level of autonomy.

Limited Self-Driving Automation (Level 3): Vehicles at this level of automation enable the driver to cede full control of all safety-critical functions under certain traffic or environmental conditions and in those conditions to rely heavily on the vehicle to monitor for changes in those conditions requiring transition back to driver control. The driver is expected to be available for occasional control, but with sufficiently comfortable transition time. The Google car is an example of limited self-driving automation.
- TN Adds – BMW has just announced a new “Traffic Jam Assistant” system for the new BMW X5 crossover. It can control the car in a traffic situation up to about 25 mph and seems to meet all of the qualifications for this level now.

Full Self-Driving Automation (Level 4): The vehicle is designed to perform all safety-critical driving functions and monitor roadway conditions for an entire trip. Such a design anticipates that the driver will provide destination or navigation input, but is not expected to be available for control at any time during the trip. This includes both occupied and unoccupied vehicles.
- TN Adds – Our understanding is that there are cars from Google that can do this now and we have seen video of a blind driver (with sighted co-driver in the passenger seat) leave his residence, drive to a fast food drive-through, and return home.

NHTSA has also created an outline defining its goals and responsibilities regarding the legality of such vehicles noting that two states, California, and Nevada, have already passed laws specifically allowing Level 4 Autonomous Vehicles. NHTSA plans to be a partner in the on-going development of traffic regulations and laws regarding the advancement of vehicles with Level 3 and Level 4 technology.