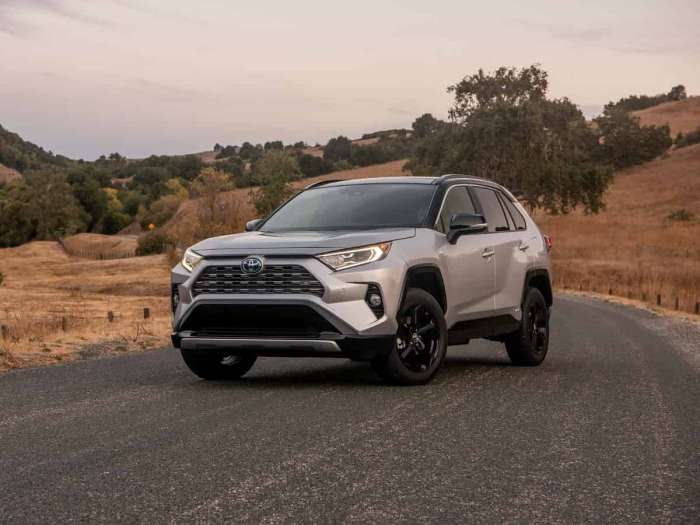 The all-new 2019 Toyota RAV4 has everything a buyer could ask for. Unless they use an Android phone.
Advertisement

Toyota's RAV4 is the company's top-selling vehicle in America and one of the top-selling vehicles overall in the United States among all brands. The RAV4 enters its next generation with the all-new 2019 model. For the new year, the RAV4 gets a new platform, a new drivetrain, new exterior, new interior, and new infotainment. All are improvements over the previous generation. However, if you use an Android phone you should be aware that there is one feater that the new RAV4 does not have that pretty much every other vehicle in its class offers, and pretty much every top-selling vehicle in America offers. Android Auto. 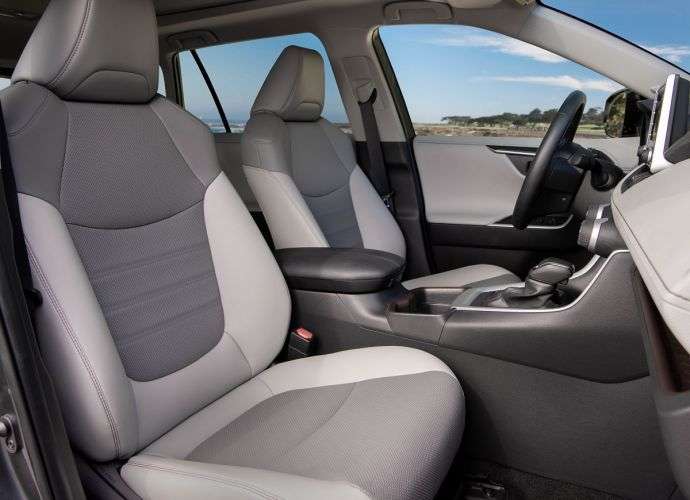 RAV4 Drivetrains
The new RAV4 will have Toyota's new Dynamic Force 2.5-liter inline-four-cylinder engine paired with an 8-speed Direct-Shift Automatic Transmission. Here, Toyota departs from the mainstream a bit by not offering a CVT transmission. Most buyers will not mind the old-school geared transmission and many may prefer it. Toyota says the new engine offers more performance and uses less fuel than the prior RAV4.

The hybrid RAV4 will have a Toyota Hybrid System II (THS II) with Electronically-Controlled Continuously-Variable Transmission (ECVT) making it the efficiency leader of the lineup with preliminary manufacturer estimated Combined mpg of 39.

RAV4 Platform, Body, and Suspension
The mew 2019 RAV4 has a 57% stiffer structure than the outgoing RAV4, uses more high-strength steel, and has a lower center of gravity, which improves handling. The RAV4 also has a longer wheelbase and a wider track front and rear. Outside, the dimensions of the RAV4 are basically unchanged. Toyota says that the handling of the RAV4 is improved in every way. Specifically, Toyota says the RAV4 "...offers crisper on-road handling and an even more accommodating and quieter ride than its esteemed predecessor." 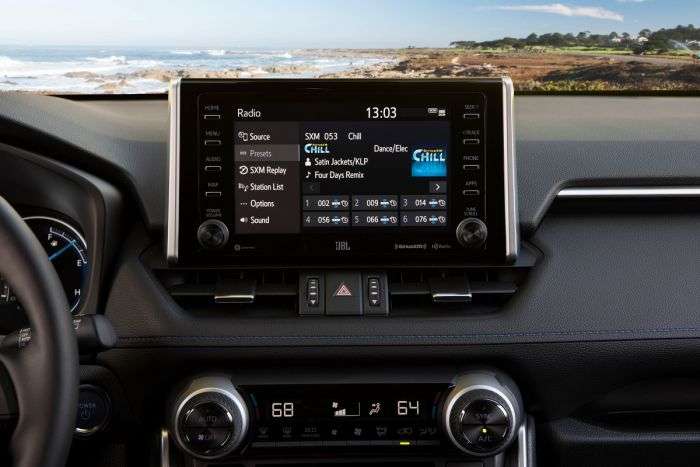 RAV4 Infotainment
The new RAV4 has Apple CarPlay and Alexa, but not Android Auto. That means if you are one of the roughly 50% of adults who uses an Android phone, it will not integrate fully with the screens. Why Toyota does not offer this feature that pretty much every competitor does, and has offered for many years, is a total mystery. We have asked Toyota directly and they will only reply that they have not forgotten about Android users.