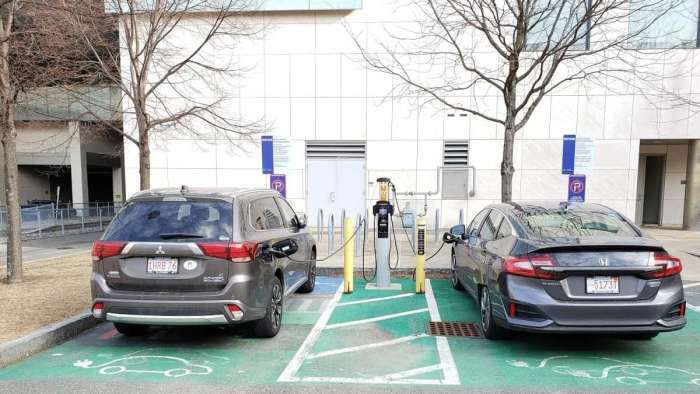 The RAV4 Prime has reset the bar in the crossover PHEV market that Mitsubishi started. Here’s what the next Outlander could be like.
Advertisement

Hidden away at the end of a press release this week about Mitsubishi’s Eclipse Cross was some information that fans of plug-in hybrid-electric crossovers may be interested in. Mitsubishi plans to update its Outlander PHEV.

Competition breeds excellence, and this marketplace is all of a sudden hot. In addition to the Mitsubishi Outlander, which more or less defined the segment with its PHEV all-wheel-drive crossover, Ford has a plug-in Escape, and Toyota’s RAV4 Prime is simply outstanding in this segment. We learned this week that Hyundai has been working on a PHEV Tucson and plans to drop it about this time next year.

Mitsubishi hasn’t said much (yet), but we do know that the company is planning an upgraded internal-combustion powertrain for the Outlander PHEV and that an increased all-electric driving range will be added to the Outlander PHEV (Plug-in Hybrid Electric Vehicle) in Q4 of 2020. Hey, that’s in about two weeks! This Outlander update is clearly a response to the RAV4 Prime. How do we know? Because the all-new next-generation Outlander will debut in Q2 of 2021.

"As the new generation of Mitsubishi Motors' vehicles are revealed, we are excited for the future of the brand as a leader in high-quality, top-value, leading-edge technology," said Yoichi Yokozawa, president and CEO of MMNA. "We are committed to our customers and to our dealer partners in North America, and to delivering a completely updated showroom of vehicles. With today's first look at the redesigned Eclipse Cross, we reveal the first look at our company's future design language, and the wait for images of the production-level vehicle will absolutely be worth it."

Torque News has been very fortunate to have seat time in the Mitsubishi Outlander PHEV on numerous occasions. It’s an easy vehicle to fall in like with. The space is just about perfect for a family crossover, and the Outlander has its quirky appeal to us. Well, at least to this writer, whose first new vehicle was a Mitsubishi Mighty Max. Mitsubishi beat the RAV4 to technology like Android Auto by years, and the company still covers its seas in leather, something we do like compared to plastic seats (though the Toyota Sof Tex is starting to grow on us). And who doesn’t like a subwoofer the size of a college fridge? That said, 22 EV miles is not enough range for most commuters, and 25 MPG when operating in hybrid mode is downright gluttonous.

We have never seen a company go so deeply into PHEVs as has Toyota with its ultra-modern RAV4 Prime internal combustion engine. It will be very interesting to see how Mitsubishi updates its PHEV Outlander in the coming quarter and what the all-new generation will be like next year. We do know one thing; The days of Californian Toyota dealers selling RAV4 Primes above MSRP appear to be numbered.