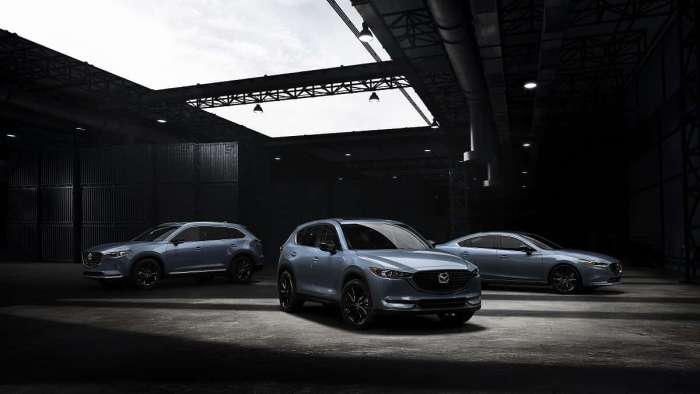 Mazda's paint is among the best in the world. Now a new color is added to the palette.
Advertisement

Mazda's paint has been the subject of prior stories here at Torque news, particularly the amazing Soul Crystal Red. Now, Mazda is introucing another unique and vibrant hue. This one is a pale blue shade called Polymetal Gray.

The color will be offered as part of the Carbon-Edition collection of Mazda vehixcles which include the Mazda CX-5, Mazda6, and CX-9.

Polymetal Gray exterior paint will be matched with red leather interior with black accents inside and out. In addition, refined exterior accents, such as black metallic finish aluminum alloy wheels and gloss black door mirrors will offset the body color. The cabin's red leather seats will be contrasted by black honeycomb interior trimming and red stitching.

Mazda will update its pricing soon. Watch for the new Carbon-Edition to top the trim levels for each of the three models on which it will be offered. Notably, the Miata is not included in this trio. Be patient! We suspect it will come later in the year.

John C wrote on August 17, 2020 - 3:10pm Permalink
The Polymetal Grey with red leather interior is not new and was first introduced on the 2019 Mazda3 Sport. I have one - a 2019 Mazda3 Sport GT AWD. Great vehicle. Surprised it took Mazda so long to offer this combo on other models. The 2019 GT also is fully equipped with the Bose and electronic safety systems and radar cruise offered in the Carbon edition..