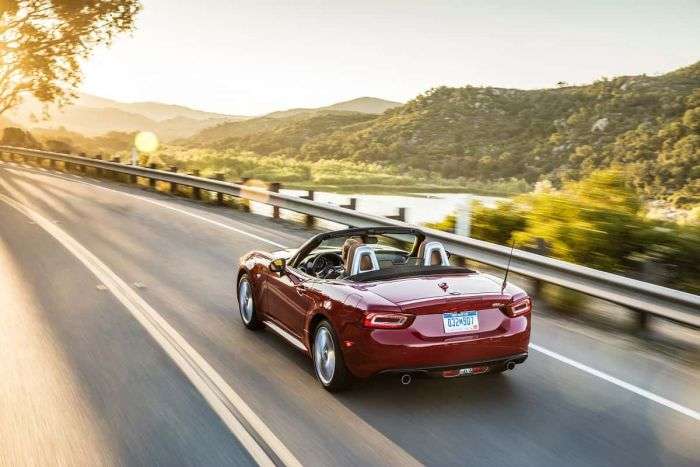 Both Mazda and Fiat saw sales of their convertibles drop significantly heading into the late spring, early summer season. Will the 124 Spider and Miata rebound as the weather improves?
Advertisement

The April sales report revealed some unhappy news for Mazda and Fiat. Both the Miata and 124 Spider have both had significant sales declines this April compared to last year. Not only were the two convertible models down in April, they are both down dramatically compared to last year to date. These are not seasonal declines we are reporting, but a two-year trend.

Our story from one year ago asked readers, "Why isn't the 124 Fiat Spider selling well in the U.S.?" Readers and owners have offered many good insights on why the Fiat Spider, a car everyone loves, isn't selling to expectations. These new declines are worrying.

As the founder of the thriving Fiat 124 Spider Club on Facebook, and long-time Miata owner, reporting this news brings me no joy. One theory as to why the two are down is the unusually unpleasant weather. Much of the U.S. had a warm February but has had a very cold and snowy March and April. Perhaps the convertible owners are just being pragmatic. Why buy a drop top to park it awaiting reasonable weather?

Another theory is that both models, now into their second and third years of sales, have lost a bit of the luster when the new generations were launched. We'd like to ask readers what they think is responsible for these low sales. Please tell us in the comments below, or on social media where you find this story.