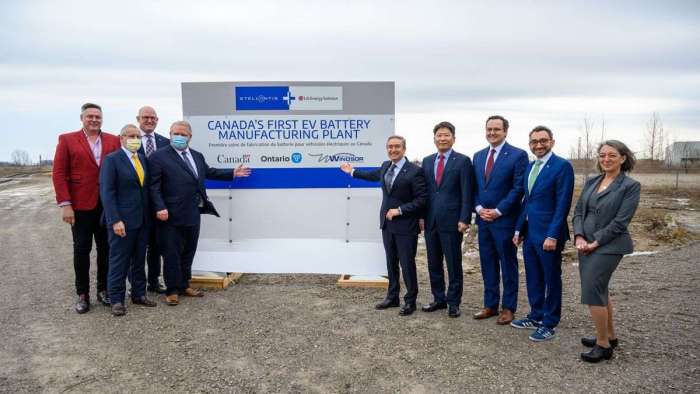 Stellantis and LG Energy Solution are teaming up to build a new $4.1 billion lithium-ion battery plant in Windsor, Ontario, as publicized in a press conference earlier today. Ontario Premier Doug Ford made the announcement alongside economic officials from the provincial and federal governments as well as the mayor of Windsor and senior representatives from Stellantis and LG.

Great News for Windsor
The new factory will create around 2,500 jobs and supply batteries for many of Stellantis' upcoming EV offerings in North America. Construction is slated to begin later this year with the first batteries leaving the production line in the first quarter of 2024. The project will receive funding from Stellantis and LG as well as the municipal, provincial, and federal governments to the tune of hundreds of millions of dollars, according to Ford. It represents the single largest investment in the history of southern Ontario's auto manufacturing industry.

"This game-changing battery plant will help guarantee that Ontario is at the forefront of the electric vehicle revolution and ensure we remain a global leader in auto manufacturing, just as we have been for over 100 years." - Ontario Premier Doug Ford

A Stone's Throw From Detroit
Windsor lies just across the border from the Motor City and has been an automotive manufacturing hub for nearly as long. Ford started production in the city in 1904, just one year after setting up across the border, with more American automakers drawn to Canadian soil thanks to the nation's status as part of the British Empire. Building their vehicles in the Great White North allowed American companies to export to other Empire nations at lower tariff rates than their US-built products were subject to, and the industry continues to operate today with facilities spread across much of southern Ontario.

"Stellantis is Windsor’s largest employer and has a rich history in this community. Chrysler began operations in this community in 1925 and has employed generations of Windsor–Essex workers at its facility. With this announcement, we are securing the future for thousands more local workers and securing Windsor’s strategic location as the home of Canada’s electric vehicle future. As the world pivots to EVs, Windsor will soon be home to the battery manufacturing facility that powers it all." - Windsor Mayor Drew Dilkens 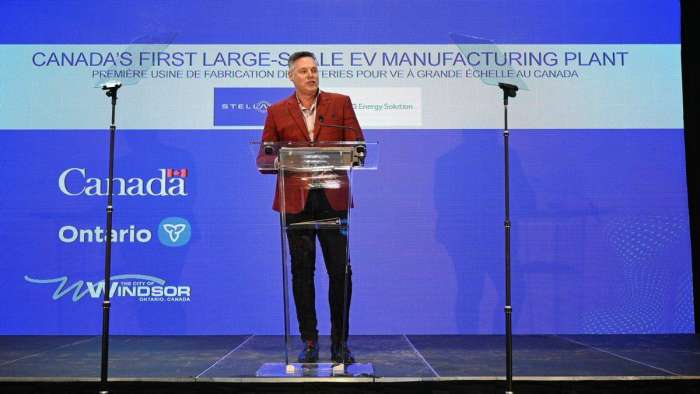 Ownership of the new plant will be split 51:49 in favor of LG, with an annual production capacity of 45 gigawatt hours' worth of batteries. Doing some rough back-of-a-napkin math, that's enough to power more than 500,000 electric vehicles. The Windsor plant will be the first of two as part of the Stellantis-LG joint venture, with the second located somewhere in the United States set to be announced in coming weeks. Fiat Chrysler Automotive is reportedly gearing up to spend up to $1.5 billion on upgrades to its Windsor assembly facilities as it transitions to building EVs as part of the company's aggressive plans for electrification.