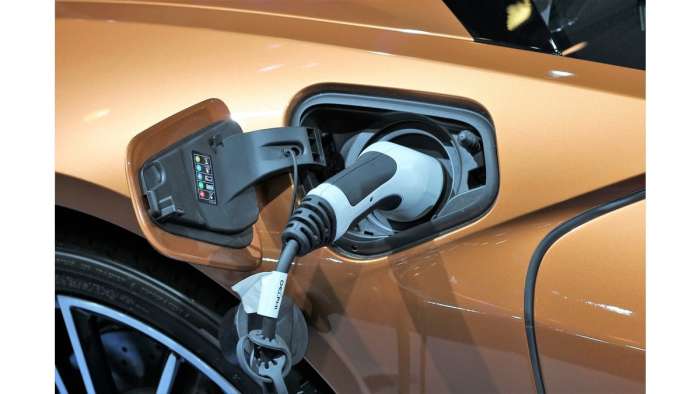 Scientists at the University of Michigan have made a breakthrough in lithium-sulfur technology that could lead to widespread adoption of batteries with five times the energy density of today's lithium-ion cells.
Advertisement

Lithium-sulfur batteries already exist, but are held back from widespread adoption by problems inherent in their design. Scientists at the University of Michigan now believe they've solved these problems with a major breakthrough in the field of Li-S battery design. Before we get into that, here's a quick overview of the component parts of a battery.

Anatomy of a Battery
There are four components in lithium-ion and lithium-sulfur batteries: cathode, anode, electrolyte, and separator. The cathode is the positive side and allows current to flow out of the battery with the anode serving as its negative counterpart. The electrolyte allows for the movement of ions between the two, and the separator keeps them from coming into contact. The lithium-sulfur battery's Achilles' heel is its cathode, though Michigan's scientists believe they may have a solution for this weakness.

Current Problems with Lithium-Sulfur
Cathodes in lithium-sulfur batteries expand and contract by 78% with each charging cycle, making them unable to compete with lithium-ion because of how much faster they degrade and fail. Before Michigan's breakthrough this meant a lifespan of just ten charging cycles; now there's talk of 1000.

Breakthrough Design
The scientists breakthrough is inspired by the natural world, specifically the membrane which serves to protect organic cells. By using recycled Kevlar, the team was able to create a network of nanofibers which supports the cathode and allows it to cope with the fluctuations it experiences without degrading. It's early days yet, but the team believe that their discovery could lead to lithium-sulfur EV batteries that will last for ten years of driving.

The good news isn't limited to larger driving ranges for the EV world either. Sulfur is the 5th most abundant element on Earth and its widespread adoption could significantly lower the price of batteries that use it in their design. Cobalt, which is used as a cathode material in current generation lithium-ion batteries, ranks 32nd on the list of our planet's most abundant elements and is found in fewer areas of the world with more than 70% of annual production coming from the Democratic Republic of the Congo. There have been numerous complaints of child and slave labor, as well as horrific safety records in these mines.

2000+ Mile EVs
If lithium-sulfur batteries do come to be widely accepted by the EV market we could see vehicles able to cover some pretty mind-blowing distances on a single charge. Take the current production EV range record holder, the 520-mile Lucid Air, for example. With five times the energy density of Li-Ion batteries giving five times the range, a Li-S equipped Air could theoretically travel 2600 miles on a single charge. 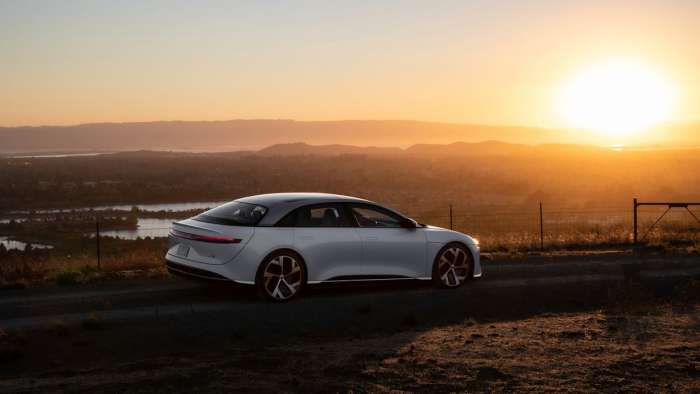 Images by Lucid Motors and Pixabay licensed by CC BY 2.0.

Don Levin wrote on January 18, 2022 - 5:49pm Permalink
Do li-su bats pose explosion & fire risks as li-ion? Is studying more chemical batteries, vs solid state, a step backwards, given many advantages ss has? How will li-su perform -55 to +200F or whatever under hood temp is in AZ?
Edward R Harrelson wrote on January 20, 2022 - 3:24pm Permalink
If Li-S batteries provide 5x the range, great! What are the fire and toxic dangers with Li-S? What are the charge times? If slower.....
MtnXfreeride wrote on January 21, 2022 - 11:38am Permalink
Oh look another battery tech that will never happen! I used to put calendar reminders 2 years out on new battery tech articles so I could see where they are at. None of them ever happen :(
Roger Daley wrote on January 23, 2022 - 5:17pm Permalink
I really wish the media did follow ups on many things.
Keith Smith wrote on January 23, 2022 - 12:35am Permalink
Interesting, but still pie in the sky. Aluminum Ion is the one to watch. They are manufacturing button prototypes. Could see pouch cells by next year. Dunno if they can scale it at some reasonable cost.
Rick Benson wrote on January 23, 2022 - 7:32pm Permalink
Buying an EV at this point in time is like buying a computer. 18 months later the new computer is needs to be replaced because it has slowed down considerably and the new computers that are coming out are now far superior to the computer you bought 18 months prior. However, you can replace the computer for $1K. The EV cost $60K. Big difference. I'm not doing it. When they make an EV that can can compete in every way with an ICE vehicle, I will seriously consider one. Until that point in time there is no way I would seriously consider buying an EV. I've read too many studies that show no significant cost savings when going to an EV based on current technology. And, with an ICE vehicle, I don't to risk my home every time I charge the EV overnight.
Richard Wittie wrote on January 23, 2022 - 7:38pm Permalink
It's great to get extra miles per Charge, Butthe biggest problem with electric vehicles still is the amount of time it takes to charge the batteries. It's still not equivalent to filling up at a gas station. So traveling long distances is still adding days to your trip. When batteries can meet the 15 min charge time As per a Fill up of gas and travel 300+ miles per charge, then electric vehicles will be worth owning. Because right now it's ONLY suitable for local driving. So forget moving or visiting family in another state. Electric just doesn't cut it YET
MeMyselfandI wrote on January 24, 2022 - 2:45pm Permalink
If you are able to travel 2500 miles on one charge, there's no need to charge on the road. Or you charge at a hotel while you sleep. But hey, is anyone talking about getting 2500 miles on a tank of gas???? Lol
Jason wrote on January 24, 2022 - 5:39pm Permalink
As a guy who owns both ICE and EV, I can honestly say that the charging time using a Tesla supercharger on a road trip is not that big of a deal. I use that time to eat, stretch, play video games, catch-up on calls/email/slack, etc. I've even had times when I was disappointed that the car charged so fast that I didn't have more time to play games. It's just a bit of a paradigm change and way of thinking about stops. For local driving (which is 80-90% what I do) the EV is hands down superior. Everytime I leave the house I have 340 miles of range. Not so with my ICE cars.
Uwont Publishme wrote on January 24, 2022 - 9:19am Permalink
Congratulations, you got another Battery Hype Click.