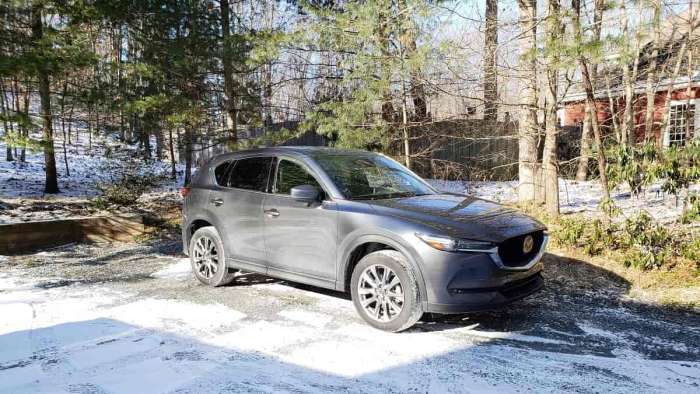 The New England Motor Press Association has named the 2020 Mazda CX-5 the best vehicle in its class for winter driving.
Advertisement

The 2020 Mazda CX-5 two-row crossover has been named the best model in its class for winter driving by the New England Motor Press Association (NEMPA). This award goes to the vehicle that the group's testers found to be the best in its segment during real-world test conditions.

John Paul, President of NEMPA, and AAA's "Car Doctor," said of the CX-5, "The Mazda CX5 was a top vote-getter, it is “right-sized” fun to drive and economical to own. It’s a lifestyle vehicle for both the urban and suburban explorer."

The Mazda CX-5 offers winter drivers features such as all-wheel drive, heated seats and a heated steering wheel. In addition, we found the all-season tire selection by Mazda worked well in snow and ice. This was in direct contrast to a Subaru we tested back to back with the Mazda.

The Mazda CX-5 is unusual in its segment in that it offers an up-powered turbocharged engine with outstanding low end torque. This in contrast to the Subaru Forester, Nissan Rogue, and Toyota RAV4.

The Mazda CX-5 with AWD starts just under $28K. Those looking for a similar vehicle in a slightly smaller package may want to also consider the all-new Mazda CX-30.

John Goreham is a life-long car nut and recovering engineer. In addition to being a long-standing NEMPA vehicle tester, John's winter vehicle test credentials include being a graduate of the Team O'Neil Rally School's Winter Safe Driving School. John's work has appeared in print in dozens of American newspapers and he provides reviews to many vehicle shopping sites. You can follow John on Twitter, and view his credentials at Linkedin

Digitaldoc wrote on June 9, 2020 - 9:43pm Permalink
My 2018 CX-5 with AWD has been surprisingly capable for ice and snow in winter driving. I am not surprised at all that this vehicle was chosen.