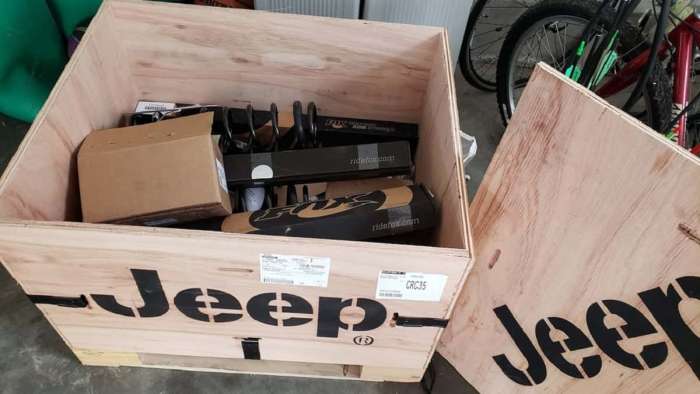 For those that have a hard time understanding why a $78,545 Jeep makes sense, we offer the following real-world explanation.
Advertisement

During our recent test of the superb Wrangler Unlimited Rubicon 392, the single most frequent question we are asked was, "How much does it cost?" Our answer was $78,545, which almost inevitably was followed by the person who asked doing that "Wow whistle." We had a hard time leaving the conversation that way.

The truth is, Jeep Wrangler Unlimited 392s are hot commodities. All Wranglers sell at very high prices and hold their value because people are crazy about them. Used ones sell for close to the cost of a newer one, and the more do-dads and gadgets a Wrangler has, the better. And the "392" has it all. 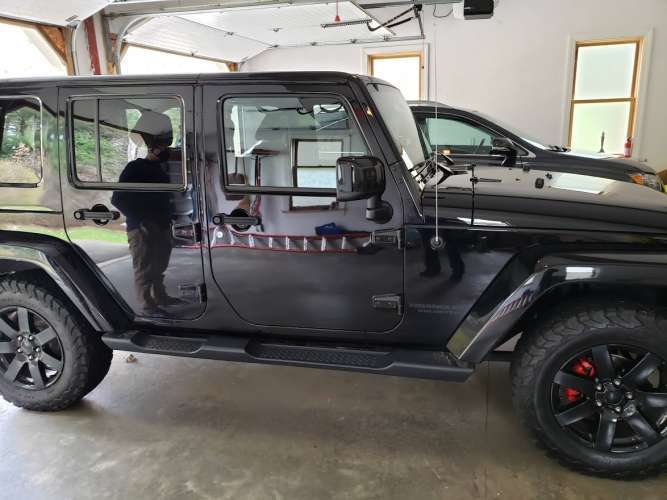 We visited a family friend and Wrangler Sahara owner during our time with the Rubicon 392. Like almost every Jeep on the planet, his is a modified one. Nobody can leave a Wrangler as-is. If Jeep put five-foot tractor wheels on a Wranger there would be an aftermarket option the following day one inch taller. There is just something about Wranglers that entice owners to want to make it better.

Our friend has a two-week vacation coming up and he plans to spend all of that time working on his Jeep. The box of parts he had on hand is just step five in a never-ending process. He has already added a plow, upgraded the brakes, wheels, and axles, and the wheels are about to change again. The axle change took two full days.

Inside the box were parts that looked just like the stuff the Wrangler Rubicon 392 comes with. Beefier shocks, springs, a lift kit, and a bunch of other up-under stuff that makes an already capable vehicle even more amazing when the pavement ends.

When we told our Jeep Wrangler friend the price of the Rubicon 392 he didn't bat an eye. He ran down the list of stuff the Rubicon 392 has that take it to that price and just nodded. "Hemi V8, lift, the wheels, suspension, front camera, detachable sway bars, special seats, Sky One-Touch roof, yup. Makes sense."

As we said in our full review, great Jeep Wranglers don't need to cost anywhere near $79K off the dealer lot. However, for those owners who want all the goodies and don't have weeks to spend adding them, Jeep offers a solution.

What say you? Is the Wrangler Unlimited Rubicon 392 a deal, or is $79K a hard number to come to grips with for you as a Jeep fan? Tell us your thoughts in the comments section below.