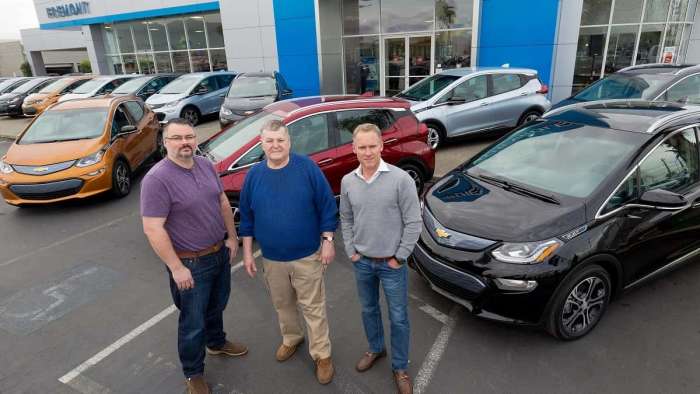 If you are shopping for a new electric vehicle you may have noticed that inventory is not equally distributed in the US. Here’s why that is.
Advertisement

Electric vehicles are slowly starting to creep beyond a low-volume niche market in the United States and emerge as more mainstream vehicle options. The biggest reason for this is simple to understand. The EVs on sale now are all crossovers. Duh. Nobody wants a car anymore, they want a crossover, and in many cases, an AWD electrified crossover. Multiple manufacturers are now offering such vehicles, and they can’t keep up with demand.

However, if you are shopping for a new RAV4 Prime or one of the other hot models on sale today, you may have noticed that some states seem to have more of these vehicles than others. The reason for that is simple. Automakers send new electric vehicles to retail locations in what are called ZEV states first, and then they continue to put more of their EVs into ZEV state retailer inventory even after the initial launch.

What Is A ZEV State?
So what the heck is a ZEV state? A Zero Emission Vehicle, or “ZEV” state, is one that mimics California’s electric vehicle mandates, rewards, and punishments for automakers supplying cars in the state. In total there are a dozen ZEV states now and more will follow. California, Colorado, Connecticut, Maine, Maryland, Massachusetts, New Jersey, New York, Oregon, Rhode Island, Vermont, and Washington are the current ZEV state members.

Why Do Automakers Send Most Electric Vehicles To ZEV States?
Automakers are no different than any other manufacturer. They want the products they market to succeed and sell not just well, but at high profit and with ease. Among the fifty US states, one-quarter of the registered electric vehicles are in California according to researchers at iSeeCars.com. Twenty-five states round down to zero percent of the EV market.

Obviously, automakers are going to send their inventory to states where buyers have shown a strong buying record for such vehicles. But that isn’t the only consideration. Automakers need to comply with certain mandates in the ZEV states. Basically, minimums established for certain numbers and types of green vehicles. They will comply by sending the vehicles those states require.

A third reason is profit. If states like California and Massachusetts have legislatures elected by voters willing to subsidize buyers of electric vehicles, it is that much easier to sell the electric vehicles at MSRP or higher. Why not cash in on that?

Electric vehicles are somewhat different from conventionally-powered vehicles, and the dealerships' workers that sell and service EVs need training. It makes no sense to train all dealers equally if the inventory is limited to a couple of thousand units per month due to production and supply chain constraints. By limiting the locations at which the new vehicles are sold, manufacturers save time and money on dealer support and education programs where EVs are unpopular or not mandated by local governments.

Last, ZEV states tend to have more active EV communities with more incentives for the folks who build and maintain public chargers. More EVs mean the chargers have more customers, which means the charger companies fill their needs for profits and users. More chargers mean a happier user experience for EV owners. 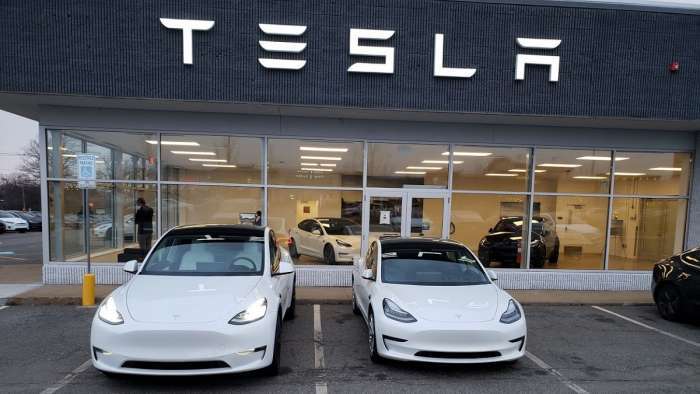 Which Manufacturers Have Conducted ZEV-State-Only Initial Launches
The first automaker to popularize the ZEV-state-only EV launch was Tesla. Tesla’s first inventory of every model it has ever produced went first to Californian owners, then to certain ZEV states, then outward from that point on. The Model 3, in particular, was launched with a very detailed step-by step launch plan starting Tesla employees in Fremont California, the location of Tesla’s factory, and then onto greater California, and the ZEV states from that point. Tesla still has no retail sales outlets in some US states, despite being the most successful EV company in America.

You might be surprised to find out that General Motors also launched its most popular battery electric vehicle, the Bolt, in Fremont, California. Indeed, the first deliveries were conducted in Tesla’s backyard. Not at a dealer near GM’s Michigan headquarters, nor in the town where GM builds the Bolt. We got a chuckle out of that. Our top of page image shows the first three happy buyers.

America's next hot EV crossover may be the Mazda MX-30 coming this fall. Mazda plans to introduce the model via its Californian dealerships.

Toyota is about to enter its second year of sales of the hot Toyota RAV4 Prime plug-in hybrid electric vehicle (PHEV). Toyota has placed most of its inventory in California. While the automaker didn’t stick strictly to ZEV states, Toyota's RAV4 Prime inventory primarily went to them, with a few models here and there being doled out to lucky dealers and buyers in such states as Ohio. As the ramp-up begins to meet demand, expect the RAV4 Prime to reach more markets. However, since the RAV4 Prime is presently the second-fastest-selling vehicle (of any type) in America, Toyota is in no hurry to expand sales locations.

Eventually, more EVs will find their way to more states. New federal mandates and incentives will likely tip the balance. As it stands now, automakers can sell every electric vehicle they produce in California and the 11 other copycat states with ease. In many cases, those sales are above MSRP and the vehicles are delivered within a few business days of arriving at the retail location.