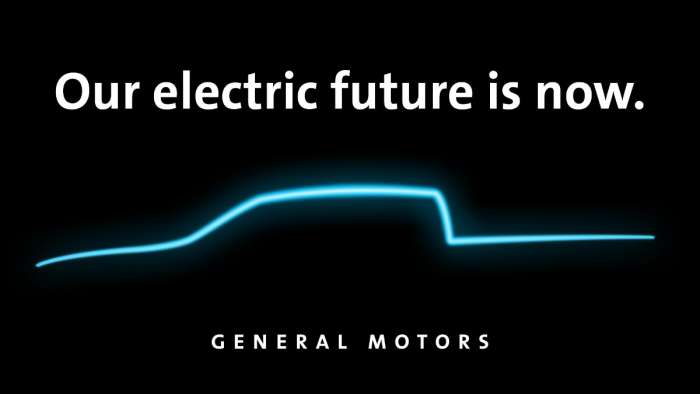 GM Commits Large Mfg. Plant To All-EV Production - Here Are the EVs It Will Build And When

General Motors has announced it will only build EVs at the Detroit-Hamtramck plant starting next month. The vehicles are coming sooner than you might guess.
Advertisement

General Motors will commit its 4.1-million square foot Detroit-Hamtramck manufacturing plant to building nothing but EVs starting this year. The plant had been building Cadillac CT6 and Chevy Impala sedans powered by conventional engines.

This is the second of GM's large-scale manufacturing plants inside of the United States that have switched from making gas-powered cars to EVs. The first was the GM Plant in Freemont California that Tesla now operates. That plant had been transferred to Toyota before becoming an EV factory. Toyota traded the plant to Tesla for stock, from which Toyota profited handsomely.

GM says the new plant will initially build two very different types of EVs. The first is the Cruise Origin, a shared, electric, self-driving vehicle unveiled by Cruise in San Francisco last week. This is a vehicle that GM envisions competing with companies like Uber and Lyft. We would not be surprised if Lyft was in fact the company that operates the vehicles.

The second will be a consumer-focused all-electric pickup truck. “Through this investment, GM is taking a big step forward in making our vision of an all-electric future a reality,” said Mark Reuss, GM president, during a press event at the plant with Michigan Gov. Gretchen Whitmer and other local and state officials. “Our electric pickup will be the first of multiple electric truck variants we will build at Detroit-Hamtramck over the next few years.” 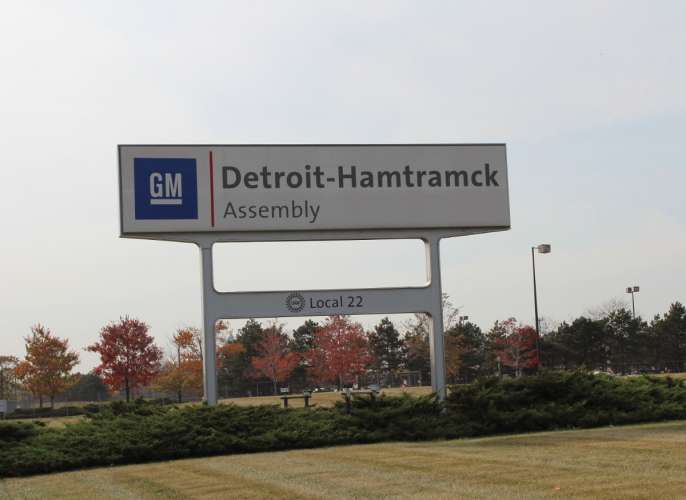 Detroit-Hamtramck, or D-Ham as GM insiders refer to it, is a large plant, but not one of the largest in the world. It presently employs about 900 people. However, GM says that it will scale up staffing to around 2,200 people. While it is hard sometimes to get a feel for just how important a plant like that can be, consider this; In 2018 while operating at half the staffing level GM plans for the coming years, D-HAM contributed $132,006,736.77 in wages to area families. The state taxes alone on those wages brought in $22 million to the Michigan budget. These numbers will more than double very soon.

“The support from the state of Michigan was a key element in making this investment possible,” added Reuss. “This investment helps ensure that Michigan will remain at the epicenter of the global automotive industry as we continue our journey to an electrified future.”

In its announcement today, GM said that it plans to be shipping EV trucks to dealers at the end of 2021.

DeanMcManis wrote on January 27, 2020 - 2:09pm Permalink
It is great to hear some definite news from GM about real electric vehicles, rather than the vague EV promises that we have gotten over the past few years. And an EV pickup is a solid choice for GM, because it is a very large market that it looked like GM was giving away to competitors through non-action. The only downside is that their deadline is set to be the end of 2021, which is still almost 2 full years away. The Origin people mover, shuttle bus looks interesting. GM has been doing a fair amount of development into self driving systems, and I wonder if it will use AI Mesh, or mapping systems (which are very accurate but limit the area served) or if it uses an open AI system like Tesla's Autopilot. Either way, it's a positive move forward for autonomous driving and GM, who partnered with Honda on the Origin's development.
Mark Day wrote on January 27, 2020 - 8:29pm Permalink
My desire for EVs would be complete but for some items of concern: the electric part (batteries), forced subsidization, and low sales volume. Other than that a great product.
DeanMcManis wrote on January 28, 2020 - 4:21am Permalink
If I had some bread and cheese, I could have a ham and cheese sandwich...if I had some ham. Every new technology starts somewhere, and needs help to succeed. 20 years ago EVs were never realistically going to happen as affordable, volume, production cars and they were slow and impractical. In 2019 the Tesla Model 3 was a top seller even with limited (and now zero) subsidies, and the Performance model is actually quicker than most supercars were 20 years ago, while being cheaper than a Honda Civic to operate. And now because the EV market is getting some traction and competition, battery technology is vastly improving in density, capacity, reliability, and cost. We are going to see some significant improvements in battery technology and capabilities this year.