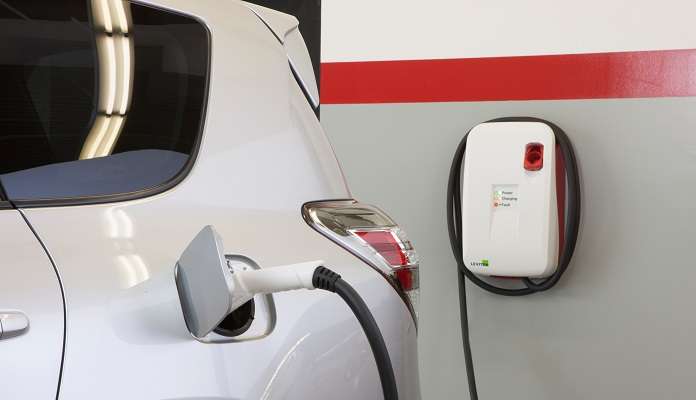 As the partnership between Toyota and Tesla finally ends, the EV advocacy media and mainstream auto press miss the big picture entirely.
Advertisement

The multi-year partnership between automotive leaders Tesla, Inc. and Toyota Motor Corporation has recently come to a formal conclusion. This important, perhaps historic partnership deserves to be reviewed in the proper context of two companies who both gained significantly from the work they did together. However, a quick glance at most of the news on the subject reveals the press prefers to portray the partnership negatively.

Bloomberg, in particular, opted to focus on “conflicts” in its recap of the partnership written prematurely in 2014. In that story, Bloomberg found an industry expert to quote who said, “Just because two companies are successful doesn’t mean when they come together, they will succeed,” and titled its story, “Why the Tesla-Toyota Partnership Short-Circuited.” Automotive News echoed the media’s general synopsis in its recent recap, saying, “The two companies then started to jointly develop RAV4 electric vehicles in Canada in 2011 and later sold about 2,500 units over three years amid culture clashes and recalls.”

However, there is another way to look at the partnership that does not argue that there were not cultural differences between companies led by two men with strong wills, unusual brilliance, and much to gain by working together. With the design and manufacturing partnership now a few years in the past, and with Toyota having now sold its share of the Tesla stock it bartered for a troublesome plant sitting unused, some perspective and facts may offer another viewpoint.

Toyota & Tesla – Met the Stated Goal
One thing that is not in dispute is that Toyota and Tesla set out to build and sell about 2,500 RAV4 EVs together and did so. Toyota wanted to satisfy the California Air Resources Board’s (CARB’s) mandates for the state quickly, and Tesla wanted to find a source of added revenue and expanded production for battery technology it developed using Panasonic cells. Without question, Toyota and Tesla achieved both goals. Stop there and forget the knitting circle gossip and the partnership is hard to call a failure. One key thing Toyota also learned was that the technology was not mature enough for this type of moderately priced EV to succeed on a larger scale.

Toyota Applied Its Newly Gained Knowledge and Has a Smash Hit With the RAV4 Hybrid
The biggest benefit to Toyota is now obvious in hindsight. Toyota proved to itself, if not the world, that even with help from Tesla the EV innovator, the world’s most experienced producer of high-volume green vehicles could not profitably sell a mainstream battery-electric compact crossover with much success, even in the world’s most receptive battery-electric market (California). Toyota has since pivoted, and now the Toyota RAV4 Hybrid AWD is the world’s top-selling green crossover in the world. Its sales have been between 3,000 units and 4,000 per month for the better part of a year, higher sales in the U.S. than both Tesla models combined. Which helps the environment more; a hybrid crossover succeeding wildly, or an EV crossover that is almost impossible to give away?

Toyota Now Among Most Successful EV Automakers
Toyota also learned that EVs do not need to be battery-electric to succeed in the green car market. In fact, sales trends have shown that, given a choice, more than half of EV buyers prefer EVs to have some form of gas engine to extend range cost-effectively. The BMW i3 was one proof of that fact, but Toyota’s success with the Prius Plug-In Hybrid and now the new Prius Prime Hybrid-Electric Vehicle has made it obvious that there is not just one type of EV in America. A quick scan of any sales summary, like that published by Inside EVs monthly, makes it clear that the Volt and Prime are now ahead of the battery-electric Tesla Model S and Model X in sales. We don’t know what the future holds for electric vehicles, but we know that in the present, Toyota is delivering more green vehicles, in more styles and configurations including EVs, than any other automaker.

Tesla Learned That Volume Sales Are All That Matters
Tesla’s epiphany that low-volume sales to wealthy Californians in the luxury car segment would not change the environment in any meaningful way came during its partnership with Toyota. The Model 3 and Tesla’s new focus on mass-marketing began then and has now become the primary goal of the company’s car division. Tesla has also become more pragmatic during this time. The promise that Tesla owners who brought in a Tesla for service would drive a Tesla while they wait is no longer an expectation. Tesla often rents its owners ICE cars while their cars are serviced, and Tesla’s Solar City division opts for ICE cars instead of affordable BEVs in its fleet of sales and service vehicles.

Tesla and Toyota Both Gained Financially
Without a doubt, Toyota trading away a troublesome former unionized plant for making hatchbacks to Tesla was win-win. Tesla got the plant it needed desperately, in the exact place it wanted badly to be based, and Toyota made fat stacks on the sale of the Tesla stock it got, held, and sold at a profit in return. How much did Toyota earn? Our Toyota contacts won’t say, but hundreds of millions of dollars in profit is not an exaggerated estimate (the initial value was about $53 million). Has the Freemont plant worked out well for Tesla? Undoubtedly.

Conclusion – Tesla and Toyota Lead The Green Car Segment
Toyota and Tesla came together, had a “passionate” relationship and went away the better for it. Did Toyota, who had the top-selling EV in America for the past two months need Tesla’s experience to earn that spot? No, but it helped. Does Tesla, who is planning to launch its first mass-production vehicle next month need Toyota’s hand-holding anymore? Not really. Some facts we can all agree upon is that both Toyota and Tesla are the leaders in their particular sub-segments of the green car world. More importantly, having worked together for a few years to meet their stated objective helped both to come away with significant long-term benefits.

For Some Former Daimler Managers Daimler Is Authority, While Tesla Is Like a Startup
How Daimler Unintentionally Subsidizes Tesla Giga Berlin
END_OF_DOCUMENT_TOKEN_TO_BE_REPLACED