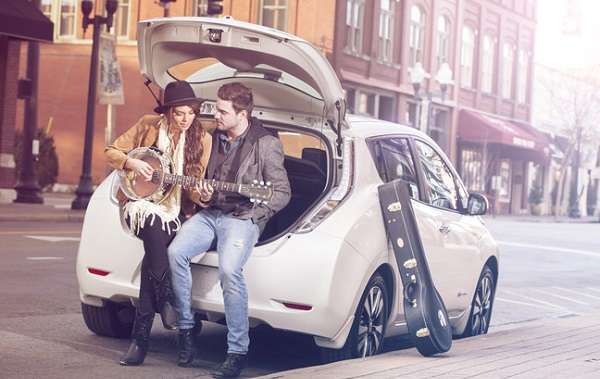 October was another slow month for EV sales and another huge month of gains for automakers’ gasoline-powered cars and trucks. Vehicles with a plug continue to lose market share. This month, the slowest-selling electric vehicle compared to last year’s October numbers is the Nissan Leaf, down by about 50% to just 1,239 units. The Leaf will most likely finish the year down more than 40%. The BMW i3 also stepped back in sales by about 20% and sold at only about half of last month’s rate. Combined, the range-extended i3 and BEV versions sold less than 1,000 units in October.

Ford has yet to report the sales of its plug-in cars, but October looks to be flat or down slightly over last year for EV sales in total. Only a huge surge in sales from each automaker would enable EVs to come close to matching last year’s sales total of 123,000 units.

The news is not all bad for those rooting for EVs to take hold at some point. Tesla’s Model S had an average month selling at about 1,900 units according to Inside EVs, who use a variety of methods to guestimate the luxury automaker’s sales. However, since its launch about two months ago, estimates are that Tesla has only shipped about ten of its new Model X performance Minivan/SUVs. An odd way to demonstrate a new model’s viability.

The Chevy Volt had a decent month. Chevy only sells the Volt in select states, where EVs are mandated, and Chevy seems to reserve inventory for big pushes. Chevy moved a mix of 2,036 ‘15 and ‘16 model year Volts this October. That is up from 1,433 last October. However look a little deeper and one notices that the Volt sold about 3,000 volts in October of 2012.

The Toyota Prius-Plug-In has dropped way back from its number two or three spot. The gasoline Prius sold very well in October and was up over last year. However, the math is easy for many Prius shoppers. They know that the cost per mile to run a Prius on electricity is now about the same as it is to run it with gasoline in many markets. So why buy the more costly Plug-in? A new generation Prius Plug-In will likely be announced after the hybrid is settled in the marketplace. We would not count it out as a possible strong EV seller in late 2016.

EV enthusiasts see a bright future. Chevy’s 200-mile range Bolt is almost ready. Tesla continues to make progress on its infrastructure and manufacturing capabilities. Nissan recently showed off some exciting new EVs with more range and a more dynamic look. Oddly, this bright future may be one of the factors restricting sales of the EVs available now. Why buy the outgoing technology when something much more interesting is just around the bend?

RobSez wrote on November 3, 2015 - 11:26pm Permalink
First, the Volt and Prius aren't EVs they're hybrids. Unchallenged misinformation in the media. A complete lack of public education about EVs. Dealerships that don't want them and sales staffs that are completely clueless. It's no wonder EV sales are horrible. Multiple surveys across all EV models consistently show 92%-98% of EV drivers love their cars. Most EV drivers do not plan to go back to ICE vehicles and almost all EV drivers would recommend an EV to their friends. So, what does that tell us in the face of sinking sales numbers?
John Goreham wrote on November 4, 2015 - 9:22am Permalink
Thanks RobSez you speak the truth. Indeed, we have done surveys of i3 owners proving that many drivers of EVs are in fact second or third electrified vehicle owners. There is no doubt that many or even most EV owners love them. You can continue not to consider cars that plug in and then drive using only electricity for 10, 20, 40 or 60 miles before using an on-board engine or generator hybrids if you choose. CARB, EPA, the mainstream automotive media, the electric vehicle advocacy media (Inside EVs for example) and those who own cars like the Volt all consider them "EVs." Extended Range Electric Vehicles (EREVs) or Plug-In Hybrid Electric Vehicles (PHEVS) make up a large percentage of EVs sold, so if we exclude them, there really isn't anything worth writing about - yet.
mike w wrote on November 4, 2015 - 8:03pm Permalink
What does it tell us? Well I would guess the rest of the potential EV buyers out there-me included-are waiting for the 200 mile range Chevy Bolt, the 150 mile range Nissan Leaf, the 200 + mile range Tesla model 3 and yes the 2016/2017 Chevy Volts. 100% agree on the not going back to gasoline but would not recommend what I'm driving to anyone.
John Goreham wrote on November 5, 2015 - 8:55am Permalink
Well said.