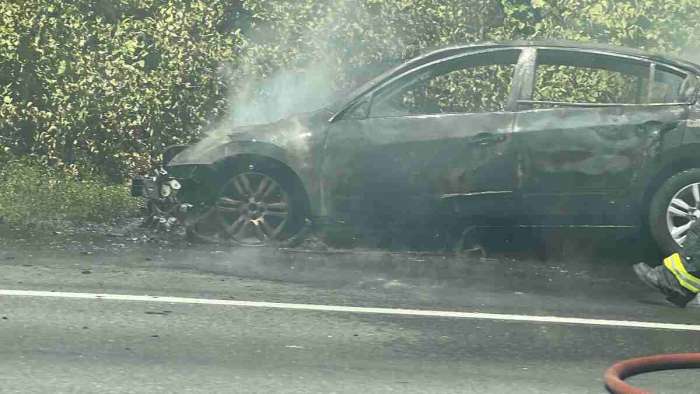 Does The Media Ignore ICE Fires While Over-hyping EV Fires?

We explore whether there is any proof that the media ignores internal combustion engine vehicle fires. This is a common complaint by EVangelists who feel electric vehicle fires are the only type reported by the media.
Advertisement

Does the lamestream media and the automotive enthusiast media downplay or ignore fires that take place in internal combustion engine vehicles (ICE)? While it would be very hard to answer this question definitively, yes or no, we can supply some facts on the topic and let our readers make their own informed decision.

The U.S. automotive industry is well into its second decade of the modern electric vehicle era. Green vehicles, including battery-electric vehicles (BEVs) are now the most highly-sought-after new vehicles. All retailers, including Tesla enjoy a months-long waiting list to charge buyers an above-MSRP price to buy a new BEV. This despite what some feel is a coordinated plan by the media to portray EVs as having a special fire risk.

EVs do catch fire. Teslas, GM EVs, and other brands have had recalls related to fire risk. The Bolt’s recall lasted many months and resulted in a stop-sale of the product to give GM time to replace every single battery in every single Bolt and Bolt EUV ever produced. If there has ever been a conventional vehicle pulled from the market this long to replace part of the propulsion system to deal with a fire problem, we can’t remember it. And we have reported on fire-related recalls in ICE vehicles comprehensively. We have for over a decade.

We could keep listing out the ICE vehicle fires we report on, but the four links above spanning more than a decade are a fair sampling of the reporting that Torque News engages in regularly with regard to conventionally-powered vehicle fires and recalls.

How about the mainstream media? Does the mainstream media report on vehicle fires? To find out, we typed “Vehicle Fire” into our browser’s News tab. The results were as follows:
-There were 37,100,000 results (which popped up in just 0.30 seconds)
-There were ten stories from nine media outlets on page 1. These included Fox and CBS
-None of the top ten stories were related to an EV - All were related to conventional vehicles.
-The second page of results had one EV fire-related story. Who reported it? EV-advocacy publication Elektrek.
-The third, fourth, fifth, and sixth pages of the results had no EV fire stories. Just conventional vehicle fire stories.

We also found it interesting that the very first result we could find related to an EV fire was written by a publication that started out as what might be described as a Tesla-advocacy publication and has evolved into a respected source of valid electric vehicle news. You can jump to the Elektrek story on EV fires by clicking here.

If EV-advocacy publications are reporting on EV fires, there must be a readership for such content. No well-run publication bothers to assign topics to paid writers that won’t get read. The Elektrek EV fire story was written yesterday, and was not written by a hack in mom’s basement, but by the founder and Editor-in-Chief of Elektrek, Fred Lambert. Draw your own conclusions from Mr. Lambert’s article, but our reading of it is that he points to a fire-related defect trend in an EV model and compares it to another EV model, which he feels also had a fire problem.

Debunking the myth that the legacy automotive media is spreading a false narrative about EV fires seems simple. The media reports widely on vehicle fires of all types. Also, if a leading EV-advocacy publication is reporting (today) on what seems to be a trend for at least two EV models to catch fire, the EV fire reporting hype is certainly not limited to just the anti-EV media that “Hates EVs.”

Tell us in the comments below if you feel the overall media ignores conventional vehicle fires pointing to an EV fire myth conspiracy.

Image of conventional ICE vehicle on fire by John Goreham.

Mark Day wrote on August 4, 2022 - 11:34am Permalink
The difference I see is that EV fires can start spontaneously, hence the manufactures' warnings not to park in your garage. I couldn't sleep well knowing I may be awakened by a blaze. With the fire concern, high purchasing prices, battery replacement cost, range anxiety, and forcing me, through taxation, to help wealthier-than-I folks purchase EVs, it's a total fiasco, as well as anti-free market.
John Goreham wrote on August 5, 2022 - 11:03am Permalink
Mark, that is an excellent point (that the fires can start with the car sitting static, not running). Thanks for commenting.