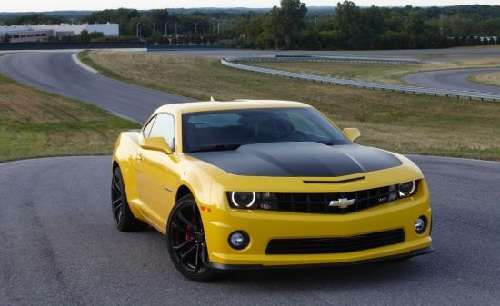 The concept of "American Made Car" has lost all meaning

The expression "American "Car" isn't quite as obscure as "buggy-whip," but it is on its way to having the same level of meaning.
Advertisement

There was a time in this country when the term “Made in America” had some intuitive meaning. It meant that the cars and trucks were built in America, by an American Company that paid taxes on its profits to the US Government, by Americans, from American sourced parts. By this definition there is no such thing as an American car or light truck anymore. We can bandy about what is and what isn’t more or less American made, but let’s take a look at the facts and see if there really is any point anymore.

Car Companies Headquarters and Federal Income Taxes
Let’s get one thing straight. General Motors didn’t pay any taxes on its profits last year. And the business plan is to keep that trend alive as long as possible. Click here for details on that. Forbes reported recently that Morgan Stanley projects GM won’t pay any taxes on its profits until 2018 – and that assumes 39 profitable quarters without any major losses. The reason for this is that when it emerged from what was termed bankruptcy, the new GM was allowed to keep its losses as offsets for future taxes. So if you think that where a company is incorporated makes any difference to the American government in terms of revenue, guess again. No word on 2012 yet for Ford, but in 2011 guess what it paid in taxes on its profits? Here is the answer.

Where “American” Cars Are Made
Is a Chevy Camaro an American Car? It is made in Canada, which is in North America, but not part of the United States. How about the “Like a Rock” Chevy Silverado. Some are made in the US, some in Canada, and last year fully ¼ of them were built in Mexico. The Ram (formerly known as Dodge Ram) 1500 pickup – Also made in Mexico. Surprised? How can the union-favorite pickup trucks be made in Mexico and Canada? The union isn’t called the “American Autoworkers.” It is the United Autoworkers. Get the message? Surely Ford must make its work vehicles in the US, right? Let’s take a look at the hugely popular Ford Transit Connect. Made in Turkey and put on ships (burning oil by the way) and brought to the US for sale. As American as anne ve elmali pay (mom and apple pie).

Parts and The American Made Label
Your tax dollars went a long way to helping Chevy bring out the Chevy Volt. This marvel of an American car was intended in part to help reduce our reliance on foreign oil. Maybe it is, but the single most expensive component in that car is the lithium ion battery pack. Made in Ochong South Korea by LG Chem. This is so blatantly not American made that in order to cloud the issue they are pretty much finished off in Korea then shipped to Michigan for final assembly, then to another location in Michigan for final packaging into the battery compartment of the Volt. GM’s press release was careful to point out that GM actually sources the batteries from LG’s Troy Michigan subsidiary. Therefore the part is sourced from a US manufacturer, right? Good try. The parts from companies headquartered outside the US are not always so hard to find. Walk around any showroom in America and count the Michelin (French company) or Bridgestone (Japanese company) tires you see.

Car Companies and Manufacturing Point
Car companies, regardless of brand and where they are headquartered do pay a lot of taxes. They pay payroll taxes on their worker’s earnings and they pay state taxes on their real estate (unless given a waiver to move to the area). More importantly, they pay the worker’s salaries, and in most cases the majority of the worker’s health care costs. That means the mortgage, food, clothing, medicine, doctor visits and much of the income earned goes to local businesses. So in fact, one of the biggest, if not the biggest factors in considering if a car or light truck is “American made” is to determine where the car is assembled and where the major components are sourced from.

Where Are American Made Parts From
Good luck figuring out where parts come from. Is a transmission a “Part” of a car? In a recent study by American University’s Professor Fran DuBois, parts like a drivetrain were looked at closely. The conclusion is summed up by DuBois who said “If you break down a single “American-made” transmission, you’ll find many smaller parts, each stamped with its own country of origin. You may well find 80 percent of the parts inside that transmission didn’t come from the U.S.” Professor DuBois concluded that the most American made car of all is the Toyota Camry (in a tie). Cars.com also came to the same conclusion. The most American made crossover vehicle was the Honda Pilot, which was ranked 5rth overall by Cars.com. Honda exported its one millionth Accord built in the US recently. The national Highway Traffic Safety Administration (NHTSA) gave its nod to the Toyota Avalon.

Like a lot of old-fashioned concepts and terms, the expression “American car” will soon join expressions with a familiar ring, but little real meaning, such as car-phone, mail a letter, and lamp-oil.

John Goreham wrote on April 8, 2013 - 4:55pm Permalink
After publication Frank DuBois, Department Chair at the Kogod School of Business- American University, pointed out a mistake the author (I) made. I mistakenly attributed first place ranking to the Camry because I misread the graphical data. Here is Dr. DuBois' correction, for which we thank him; "I just saw your article about the American Made car concept and must correct your assertion that I found that the most American made car is the Toyota Camry. In fact according to my ranking the Camry comes in ranked 12th in terms of US content. My index differs from the cars.com index in that I go beyond the AALA numbers and look at where the R&D for a car was done, where the Profit Margin contribution goes, where the assembly plant is and so on. Please have a closer look at the index! http://kogodnow.com/autoindex/ Yes the Camry does have a lot of US content but not as much in my index as 35 GM, Ford and Chrysler models that rank above it! Even the Toyota Avalon comes in at 10th position as the foreign automaker with the most US content. In my index I use the AALA numbers as a starting point and then look at location of final assembly, country of origin of the engine and transmission and parts to get a better indicator of the impact of the vehicle on the US economy. One of the problems with the AALA is that it captures only costs associated with parts and components and does not account for the work that went into developing those parts nor does it capture the eventual destination of the profits derived from the sale of vehicles in the US market. I have tried to paint a better picture than what is available now so that consumers can make better informed choices. Thanks, Frank L. DuBois PhD