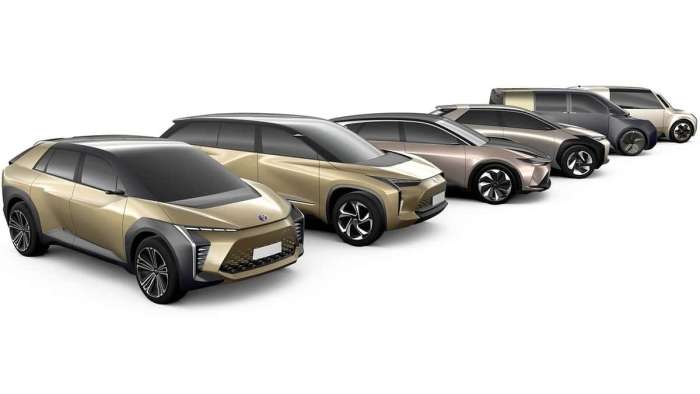 Take for example Clean Technica's story headlined, "Toyota Plans To Lose To Tesla - Just 1 Million Electric Vehicles By 2025." The author, Dr. Maximillian Holland is a doctor of everything except engineering. His story is a long dissertation on why Toyota is a big bunch of dummies and why only Tesla, a low-volume luxury automaker whose CEO admits was single weeks from death one year ago has any clue as to how to save the world. The readership loves the story. Here is one comment: "Todays Toyota management looks retarded." Another states, "No company has a history of being anti-EV more than TOYOTA." Remember, Toyota has the top-selling affordable EV now for two straight years. Toyota also produced the world's first battery-electric crossover and has done more to reduce global CO2 emissions than any other automaker.

Watch Who Tesla Leads US EV Sales By Brand from 2012-2019 and Where is Toyota and Subscribe to Torque News Youtube Channel for News on Toyota and Automotive Industry.

Elektrek had a more balanced overview, however, it concludes, not surprisingly, that Toyota is all wrong. The site's owner and Tesla stakeholder writes, "Clearly, Toyota is still entrenched in hybrids and fuel cell vehicles, which the automaker sees as long term solutions. I think they are wrong and all-electric vehicles offer a more complete solution, but it looks like they are moving in that direction too – albeit slowly and reluctantly."

This is the new normal. The world's leading producer of green vehicles and maker of the top-selling affordable EV accelerates its timeline for electrification and the EVangelists can't wait to pour forth negativity.