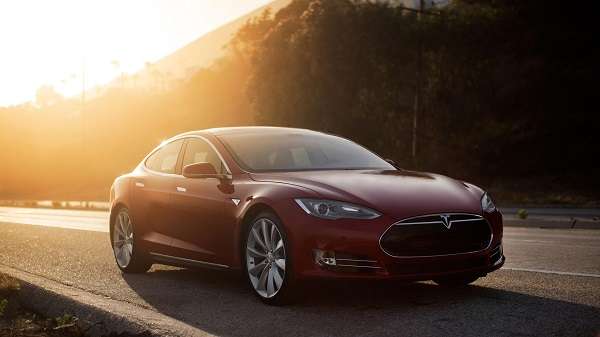 The latest Tesla Model S related garage fire does not seem to involve the charging system, road debris, or the home wiring. What could it be this time?
Advertisement

Reports emerged today of another garage fire involving a Tesla Model S. This one is in Toronto and if reports prove true, neither the vehicle’s charging system, nor the home’s electrical wiring are to blame. Is that good news or bad news if you are a Tesla owner, stockholder, or fan?

According to news reports, this new fire did not occur while the Tesla Model S was charging. Imagine the relief at Tesla headquarters. Rather, the owner had just returned home from a drive and did not plug the car in. That seems odd, but we will trust the reports. After hearing smoke detectors the owner called the fire department which came and put out the fire. CNBC news quoted the Toronto Fire Services as saying the origin of the fire “was in the engine area” of the car, but that the source of the fire was unclear. Our guess is that the person who made that claim meant the front of the Tesla Model S. Not to pick nits, but the electric Model S does not have an engine, but rather and electric motor, and it is in the very rear of the vehicle, hung out over the rear axle. Our look at photos (shown here) printed by Business Insider seem to confirm the fire was in front of the vehicle, but the photos are limited, so we cannot say for sure.

Tesla spokesperson Liz Jarvis-Shean was quoted as saying “"We don't yet know the precise cause, but have definitively determined that it did not originate in the battery, the charging system, the adapter or the electrical receptacle, as these components were untouched by the fire." As has become the norm, Tesla is immediately certain what parts of its product are not to blame, but offers no insight into what parts were. This confident response by Tesla denying any responsibility is starting to get sort of stale.

The last Tesla garage fire, which happened on November 15th, 2013, occurred while a Tesla Model S was charging. Tesla denied that the charger or any of its components had anything to do with that fire. As a result of the fire NHTSA announced what it calls a “recall” for the Model S. We are sensitive to the concerns of our Tesla fans who are readers, so until NHTSA has a new word for what it did, we will have to use the phrase “event formally known as a recall.” The event formally known as a recall involved two things. First, replacement of the adapter used when charging. Our informal poll of owners last week did not result any “Yes” answers when we asked if they have received their new parts yet. The other part of the event formally known as a recall was an over the air software update to help prevent overloading a home’s electrical system in certain circumstances while the Model S charges. Our exclusive report on the first garage fire determined that the home had not had an electrical work permit or building inspector's review of the work.

So far by our count, two Tesla have burned after hitting road debris, one crashed into a wall and caught fire, one was charging and a fire occurred, and now one was sitting in a garage not charging and a fire occurred. That is about one fire for every 4,000 Teslas in North America. After each event Elon Musk does some quick math and he tells us how much more likely an internal combustion engine equipped car is to catch on fire. With about 16 million new ICE cars sold each year in the US, and a huge number of older ICE cars on the road, and only a little over a thousand Model S cars being added to the mix each month in the US, his math may soon reach the tipping point where the Model S is no longer less likely to burn. Mr. Musk also does not point out that he isn’t offering for sale an econo-box, but rather the best automobile on Earth, priced accordingly.

After previous fire reports Tesla Stock has moved. It will be interesting to see if the stock continues its record climb towards $200 per share. Tesla’s Q4 2013 earnings report is due next week.

As has been our practice of late, we offer a photo of a Model S not on fire from its public site, so as not to sensationalize the story more than necessary. The link mentioned above does have pictures of the fire.