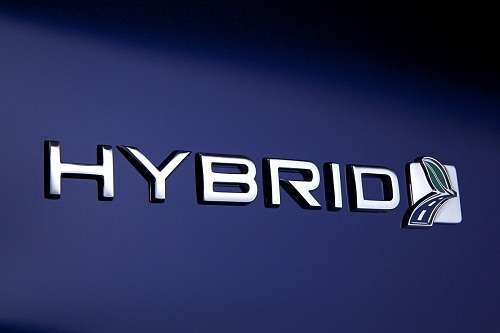 2013 Ford Fusion Hybrid leaps past the competition in fuel economy

The 2013 Ford Fusion Hybrid will offer an insane 47 mpg. Here’s how they did it.
Advertisement

After being a little late to the marketplace with their hybrid and electric vehicles, Ford is quickly becoming the leader in fuel sipping options. The new Ford Fusion Hybrid will catapult past the Toyota Camry, beating its highway fuel efficiency by about 17%. According to Ford’s press release today the new Ford Fusion Hybrid will achieve 47 mpg, compared to the Camry’s 39. Ford’s city fuel economy is almost 10% better than Toyota’s in this matchup.

Ford isn’t relying on one technology, one engine, or one drivetrain for the Fusion. On the contrary, the Fusion will be available as a front-wheel-drive or All-wheel-drive sedan. It is also available with 5 different engine offerings. These include;
- Fusion Hybrid 47 mpg
- Fusion Plug-in Hybrid, projected to achieve more than 100mpg equivalent
- Fusion with a 1.6 liter turbocharged engine that will achieve 37 mpg highway
- Fusion with a 2.0 liter turbocharged engine achieving 33 mpg highway
- The engine for those who will regret not getting the turbo, a 2.5 liter achieving 33 mpg

Fuel Savings From More Than Just Engines
The Fusion Hybrid will feature active grill shutters that close at high speeds to reduce aerodynamic drag. The car also has underbody panels that reduce drag. In addition to the hybrid drivetrain and plug-in hybrid drivetrain, the Fusion will also offer stop-start technology on it models.

Ironically, this technology doesn’t factor into the EPA fuel mileage ratings test much, so it is really a case of Ford going beyond what is required to offer its customers a practical fuel saving option. The 2013 Fusion lineup will offer six speed transmissions to help save fuel, and will also have a modified cruise control system which factors in fuel usage while maintaining a constant speed on the highway. Ford has even changed the gauges of the Fusion to aid drivers who want to be coached on how to drive in the most fuel efficient manner.

The 2013 Ford Fusion is a very large car to be offering 47 mpg. It was not many years ago a car this size would only achieve about half that.