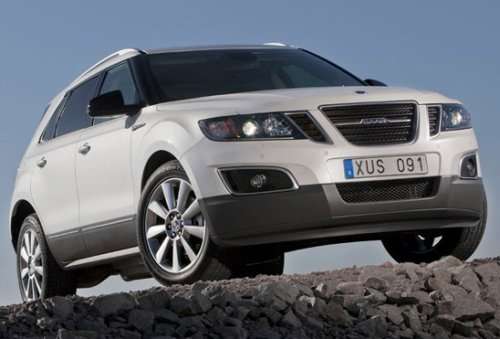 Saab Automobile, the venerable brand from Sweden, entered bankruptcy last December. The trustees of the company have been seeking bids from international and Swedish investors looking to rescue and revive the now dormant company. Offers were due yesterday and the auto world is waiting anxiously to hear the results.
Advertisement

Saab Automobile was founded in Sweden in 1947. Originally, it was the auto manufacturing division of Swedish Aeroplane Limited, now an aerospace and defense company. The auto division was sold in 1990 to General Motors who, in turn, sold it to Spyker Cars N.V. in 2010 as part of their brand shedding. Spyker, now renamed Swedish Automobile, is a Dutch company that was founded in 1999 to design and manufacture supercars but itself is in bankruptcy with an uncertain future. Its collapse took the Saab brand down with it.

Saab’s future is tied to disentanglement from Spyker and recapitalization by another owner. In 2011 Chinese companies Pang Da Automobile Trade and Zhejiang Youngman Lotus Automobile attempted to buy Saab but the purchase was blocked by former owner GM. They opposed the transfer of GM technology to any Chinese company. GM has retained the licensing rights to the technology and has preference shares in Saab and thus has a say over the next steps.

The question is who wants Saab now, and why? The quirky automobile had a loyal cult-like following over the decades. Images of the 1948 92001, 1958 92B, the 93B, the 1960’s 96, the Sonetts, and the 1968 Saab 99 continue to resonate in car lovers’ minds. The 900 was introduced first in 1978 and sold nearly one million vehicles. The 9000 was introduced in 1985 and became Saab’s first true luxury car. Aficionados loved the funny, egg-shaped vehicle with its unique characteristics. But following GM’s purchase, the car was homogenized onto shared platforms and the brand lost its distinctiveness. Other than the nameplate, it became tough to recognize any attributes unique to Saab vehicles in the final years of GM’s ownership. Brand value has declined since 2001 and is about equal to Oldsmobile. That’s not encouraging.

So a new owner would need to work from a pipeline of new designs or go back to the drawing board to design a new generation using heritage cues. Then they would need to find modern technology including, presumably, hybrid-electric technology to reach future mileage requirements. They also would need to move beyond the GM technology licenses to have complete control over the vehicle. And finally they would need either to modernize production facilities in Sweden or find a source of manufacture that is cheaper but with high quality. So a buyer would need to redesign an entire line, re-engineer all platforms, re-launch a damaged brand, commit what is likely to take $1 billion of effort or more, and hope the market responds.

Bankruptcy trustees have confirmed that offers were filed before the deadline yesterday. One of them is China’s Zhejiang Youngman Lotus Automobile again. Other potential buyers are rumored to include Chinese automaker Geely, Swedish sports car maker Koenigsegg, Indian firm Mahindra and Mahindra, and Fiat. One speculative and maybe wishful rumor has BMW in the mix. BMW has done a great job with the revival of the Mini brand and has demonstrated a unique ability to take that unique brand and revive it successfully.

Of the possible buyers, it doesn’t make sense that GM would approve a sale to the Chinese given its past issues. So a sale to another automaker seems most likely. Let’s hope the new buyer is well capitalized, has deep manufacturing and technological resources, and understands what makes a Saab a Saab. Otherwise the brand will be destined for the ash heap of history and go from being a Saab story to a sob story.

Nicolas Zart wrote on February 29, 2012 - 5:13pm Permalink
You raise good questions in the article and being one of those quirky brand lover, I only drive Alfa Romeos, I think there is something else to take into account. What most of us are in love with is the old company that churned out these incredible unique machines. The modern companies that use those badges are very different from what they once used to be. The Alfas now have a GM v6 block. Even if the heads are designed by Alfa Romeo and the pistons and innards also from the company, less and less is from Alfa. The same goes for SAAB. What we are witnessing here is the result of mega car corporations that went out to lunch in the hey days, snapped up smaller manufacturers left and right, then failed and are leaving behind halfway digested carcasses, in the worse case, or souped up basic platforms in other. I think SAAB could find a last minute serious group who wants to re-infuse the pioneering spirit in that sort of company. At the very least, that's the best thing that could happen.
Hank McNeely wrote on March 1, 2012 - 11:17am Permalink
Agree the best case scenario is that a company with financial credibility, which understands how to successfully market an underdog image and cult-like following like Saab, would take the plunge. However, realistically it is a long shot. I bought a new 2009 9.3 convertible in mid-2010 at a huge discount, and have enjoyed it a lot, even though the dealer left a lot to be desired. Will try to hang on to it for a while as it's likely to be a special interest car someday. I like the history behind Saab as much as the car, which is not surprising as my other car is a '64 Studebaker. Now I have a choice when I go to the local "Orphan Car Show".
Jason Gallagher wrote on February 29, 2012 - 7:13pm Permalink
I hope they bring Saab back better than ever. Any of the people would be great owners. Fiat would be very good I mean look what they did for Chrysler. I feel confident in them and a new Saab 9-1 based of thE 500.
Nicolas Zart wrote on March 1, 2012 - 1:41pm Permalink
I think the nostalgia problem is tricky because most people long for the old and long gone Saab, not necessarily the newer ones. After the big companies came in and scooped off the little passionate ones, they left half digested carcasses behind, and that wasn't before they "modernized" the venerable icons. So bringing back such brands make you wonder, is it the badge do they still truly innovate in their own ways?
Richard , Cambr... wrote on March 2, 2012 - 6:39am Permalink
SAAB will return for sure. It has to be a niche car maker initially. It will hurt the workforce for the short term, but some work is better than no work. Here in the UK we had a similar problem with MG Rover when BMW got the jitters and sold it to The Phoenix Group instead of Alchemy the VC group. MG Rover was producing poor cars and the Marque had long since lost it's prestige image so Alchemy wanted to reduce the volume of cars and make it a niche maker of sports cars and re grow the business through trust and reliability of the finished article. However it was seen as political suicide, by the then Labour govt to sack so many workers. By EU law the Govt couldn't fund the private company so pressure was put on BMW to sell to Phoenix, who tried to continue mass/unsustainable prodution of ageing models. The company finally went bust after Chinese funding (similar to SAAB) wasn't forthcoming, mainly due to the huge pension commitments and the Longbridge factory finally closed. The Chinese then came back in and bought up the factory and tooling etc and have now started production on some new MG models on a smaller scale (just what Alchemy wanted to do) Where SAAB has the advantage is that it still has a good name and the new 9-5 was or is still a very nice car that could still be a relative success, but not by trying to compete with the Germans. Find the gap in the market, which is there and build slowly then the marque can once again be a success.