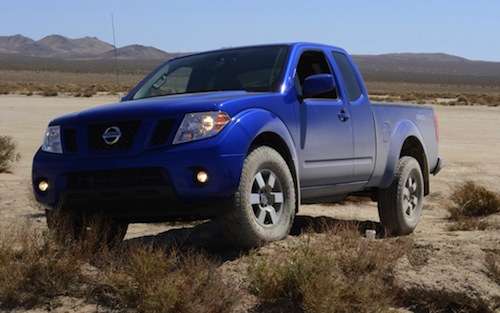 Affected wheel hubs may crack or break while driving, possibly resulting in an accident.
Advertisement

Nissan is recalling 2,417 model year 2012 Frontier, Pathfinder and Xterra vehicles manufactured from June 19, 2012 through July 12, 2012. Certain vehicles may contain front wheel hubs that do not meet Nissan’s hardness specifications. Affected wheel hubs may prematurely crack or break, possibly resulting in a crash, according to the National Highway Traffic Safety Administration.

Nissan will begin notifying customers of the recall on, or about October 8, 2012. Affected vehicles will receive left and right side front wheel hub assembly, free of charge. In the meantime, owners may contact Nissan Customer Service at 1-800-647-7261 or the NHTSA’s Vehicle Safety Hotline at 1-888-327-4236.

The three 2012 models were previously involved in a December 2011 recall involving an engine-related problem. Like the current recall, last year’s recall was concerned with vehicle parts built below Nissan’s specifications.

According to the NHTSA bulletin, “The bolts that connect the engine oil cooler and the engine oil filter to the engine in the these vehicles may have been manufactured to below specification strength. As a result, the bolt may break at the oil filter attachment point and can cause an engine oil leak.”

Aside from the pair of recalls, the 2012 Frontier, Pathfinder and Xterra models received some questionable safety ratings from the Insurance Institute for Highway Safety. In fact, each model earned 3 out of 5 stars in IIHS rollover tests. The Frontier fared the best in safety testing earning a “Good” in each category except for Rear Crash Protection, where it received an “Acceptable.”

On the other hand, the Xterra earned an “Acceptable” in the Roof Strength Test and a “Marginal” in Rear Crash Protection. The 2012 Pathfinder performed even worse scoring a “Marginal” in the two aforementioned categories.

In terms of vehicle reliability, the 2012 Frontier scored an impressive 4.5 out of 5 based on the J.D. Power and Associates Vehicle Dependability Study. The Pathfinder scored a 3 out of 5 and the Xterra received a score of just 2.5.

Toyota's First EV Will Have a Name of BZ: Toyota BZ
First Videos From Inside The Boring Company's Las Vegas Loop
END_OF_DOCUMENT_TOKEN_TO_BE_REPLACED