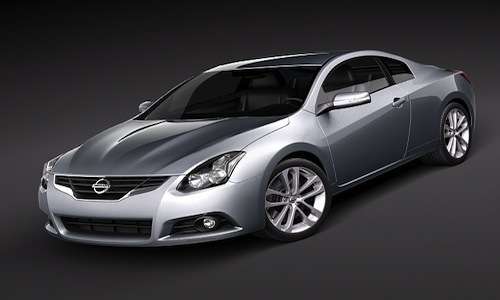 Nissan partners with the Nashville Predators to offer exclusive deal

Nashville car buyers can earn $500 back on 2012 Altima models.
Advertisement

Are you a fan of cars and hockey? Well, your two obsessions don’t have to be mutually exclusive anymore. Fans of the Nashville Predators can cash in on their team’s success in the 2012 Stanley Cup Playoffs by getting a discount on a 2012 Nissan Altima. Nissan is currently offering a $500 Bonus Cash offer beginning today as the Predators kick off their series against the Phoenix Coyotes. The cash back offer will run through the day after the Predators play their last post-season game. Nissan is offering this cash incentive in the Nashville area for 2012 Altima Sedans and Coupes.

"At Nissan, we're enthusiastic supporters of the Predators, but we wanted to find a way to extend that support to the Nashville community and give back to fans for their dedication," said Jon Brancheau, vice president, Nissan Marketing. "It doesn't get more exciting than to have the Predators gunning for the Stanley Cup and it seemed natural for our Nashville Nissan dealers to harness this moment and turn it into something people can literally drive home. We would love to see the Pred's make Nashville Stanley's home as well!"

Nissan announced their exclusive partnership with the Nashville Predators in October 2011. The decision was a no-brainer for Nissan, which was attempting to increase their already thriving presence in Tennessee. Nissan’s corporate headquarters has been housed in Tennessee since 2006, when it relocated from California. Over the past six years Nissan has established itself as a brand powerhouse throughout Tennessee and has become one of the state’s largest employers. Nissan’s current location in Franklin is just 15 minutes from Nashville.

"We value Nissan's continued dedication to the Predators and Bridgestone Arena," said Jeff Cogen, Predators CEO. "We are proud to maintain a positive partnership with a company that is committed to Nashville and Middle Tennessee; Nissan is a valued corporate partner and a model corporate citizen. Partners like these play a huge role in our success as a team both on and off the ice."

For those more interested in the car, the 2012 Nissan Altima ranks 6 out of 19 on US News’ Affordable Midsize Cars list. The vehicle earned an overall score of 8.6 out of 10 based on 99 published reviews and test drives. Reviewers concluded that the 2012 Altima offers a comfortable ride and nifty interior features like an optional navigation system. On the other hand, the Altima lost points for its noisy four-cylinder engine, small trunk space and confusing/expensive option packages. Although it is a suitable ride for customers looking for a solid midsize car, drivers seeking a more dynamic and stylish ride will have to search elsewhere.