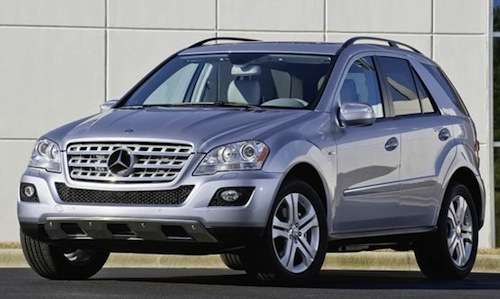 Defective all-season floor mats could cause the vehicle's gas pedal to stick, thus increasing the risk of a crash.
Advertisement

Mercedes-Benz has announced the recall of select all-season accessory floor mats sold for use in model year 2012 and 2013 Mercedes-Benz ML-Class SUVs. According to the recall notice, the floor mats in question may not properly conform to the contour of the vehicle’s floor plan. The recall affects 8,675 ML350, ML550 and ML63 models.

Mercedes-Benz will notify customers of the recall beginning in September 2012, according to the National Highway Traffic Safety Administration. Owners of affected vehicles will receive new floor mats, free of charge. Customers are advised to remove their floor mats until replacement mats become available. In the meantime, owners may contact Mercedes-Benz at 1-800-367-6372. ML-Class drivers may also contact the National Highway Traffic Safety Administration Vehicle Safety Hotline at 1-888-327-4236, or go to www.safercar.gov.

The news marks the first M-Class recall since April 2011 when Mercedes-Benz voluntarily recalled more than 136,000 SUVs over cruise control concerns.

The Mercedes-Benz ML-Class was first launched in February 1997 for the 1998 model year. The ML-Class was the first luxury SUV to be equipped with electronic stability control. Upon its introduction, the ML-Class earned impressive insurance industry crash test ratings thanks to its innovative front- and side-impact airbags with advanced occupant detection.