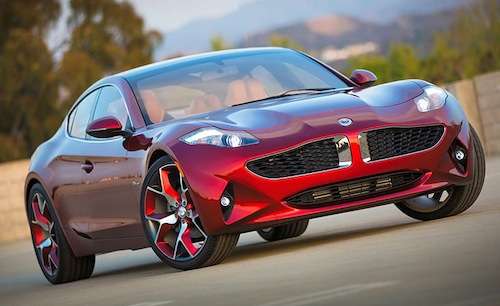 Prior to yesterday, there was not a great deal of information available regarding the upcoming Fisker Atlantic. Originally called “Project Nina,” the Atlantic is a plug-in hybrid concept first shown publicly at the New York International Auto Show last month. Despite the once scant details, Inside EVs has just uncovered leaked documents, which disclose the Atlantic’s specifications, price and production delay details. Previously, Fisker had not revealed any production details concerning the Atlantic due to the uncertainty surrounding its Delaware factory.

Prior to the leaked documents we were only aware of a few details surrounding the Atlantic. In April, Fisker released a press release revealing some general details of the Atlantic.

“Like the Karma sedan, the Fisker Atlantic is a plug-in series hybrid vehicle that allows drivers to switch manually or automatically between electric and gasoline driving modes and sustain the charge of its lithium ion batteries on the move….Its four-cylinder gasoline engine, which acts as a generator and is not mechanically connected to the wheels, is tuned to offer maximum economy and high torque. This Atlantic EVer powertrain will offer highly competitive performance for a car in its class.”

So what did we learn based on the documents unearthed by Inside EVs?

Engine: The Atlantic features a 4-cylinder turbocharged engine, which is supplied by BMW. The unnamed engine reportedly turns out 300-horsepower. Speed wise, the Atlantic goes from 0-60 in 6.5 seconds.

Battery/Range: InsideEVs confirms that the Atlantic’s battery will be manufactured by A123, the same supplier as the Karma. The battery’s range remains up in the air, although Fisker has said it “varies on use of the all-electric mode.” Fisker will likely want to improve upon the Karma’s EPA-rated 32 mile range, which was lower than the automaker had promoted.

Price: As for price, Henrik Fisker previously stated that the Atlantic would cost considerably less than the Karma’s $100,000 plus MSRP. Documents compare the Atlantic's price range to that of the BMW 3 and 5 Series sedans as well as the Mercedes-Benz C-Class and E-Class, Jaguar XF and Audi A4 and A6. This would put the Atlantic's price at between $50,000-60,000.

Release Date: Although Fisker originally planned on the Atlantic going public in 2013, several setbacks have considerably delayed its release. Layoffs at the automaker’s Delaware factory and postponed Department of Energy payments have both set back Fisker’s production. That said, Fisker has raised the necessary amount of private capital and is hopeful that federal funding will kick in by the end of summer. Current estimates indicate that production on the Atlantic will start in 2014.