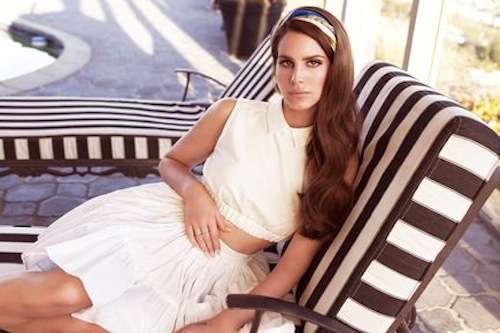 Del Rey will help the luxury automaker promote its all-new F-Type coupe, which will be revealed next month in Paris.
Advertisement

Chalk up another celebrity endorsement for Jaguar. The British luxury automaker has announced this it is partnering with popular American singer-songwriter Lana Del Rey on an advertising campaign for its all-new Jaguar F-Type. Although details are sparse as of yet, Adrian Hallmark, Global Brand Director, Jaguar said:

"Singer songwriter, Lana Del Rey will collaborate with Jaguar on the launch of the all-new F-TYPE, a two-seater sports car that is a vivid representation of the vitality of the Jaguar brand.   The allure of Jaguar is in large part due to its duality - a unique blend of authenticity and modernity, two values that we believe are shared with Lana in her professional achievements."

The collaboration makes sense for Jaguar, which is still riding high after being featured on the hit show Mad Men back in May. As is true with Mad Men, Del Rey, 26, has achieved success partly due to her retro-appeal. A “self-styled gangsta Nancy Sinatra,” Del Rey has been praised for her unique blend of 1950s and ‘60s Americana.

Based on her automotive track record, one might have thought that Del Rey would have collaborated with Mercedes-Benz. Del Rey currently drives a classic gold Mercedes-Benz SL, which she was photographed posing next to earlier this month. Furthermore, Del Rey mentions a Mercedes in her song “Driving in Cars with Boys.” Notwithstanding, it would not be a surprise if the young starlet was soon seen behind the wheel of either a new or vintage Jaguar.

The promising news for Jaguar comes just days after it co-hosted a lavish party along with Playboy near the Pebble Beach resort in California. The ritzy soiree was attended be celebrities such as Academy Award winner Adrian Brody and Christina Hendricks of the hit show Mad Men.

The all-new Jaguar F-Type is set to make its debut at the 2012 Paris Motor Show in September. Stay tuned for more details surrounding the upcoming ad campaign.