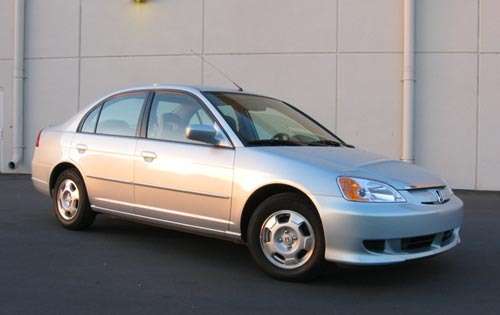 Affected by Thursday’s recall are over 1.1 million model year 2001-2003 Honda Civic, 2002-2003 Honda CR-V and 2002 Honda Odyssey models sold worldwide. According to Honda, the vehicles in question may be equipped with faulty passenger front airbag inflators that may deploy with too much pressure, causing the inflator to rupture. As a result, the rupturing inflator could send plastic pieces flying, resulting in injury to the front passenger.

Honda is aware of one crash in which a front passenger airbag inflator ruptured because the airbag deployed with too much pressure. The Japanese automaker is not aware of any other crashes or injuries related to this defect.

Honda is expected to begin notifying customers of the recall in late-May 2013. Honda is encouraging owners of all affected vehicles to bring their vehicles to an authorized dealer as soon they receive a recall notification. Dealers will fix the front passenger airbag defect in a repair that takes around an hour and a half, according to Honda. In the meantime, drivers may contact Honda at 800-999-1009 or go to www.recalls.honda.com. Concerned owners may also contact the National Highway Traffic Administration’s Vehicle Safety Hotline at 1-888-327-4236 or by going to www.safercar.gov.

Thursday’s recall marks the second substantial airbag recall this year for Honda. In January, Honda recalled 835,000 model year Honda Pilot SUVs and 2011-2013 Honda Odyssey minivans due to a separate airbag problem. According to Honda, some airbags were manufactured without certain rivets that secure the airbag’s plastic cover. Missing rivets may cause improper airbag deployment, which increases the risk of injury in a crash. There were no crashes or injuries reported pertaining to the recall, said Honda.

Honda’s January airbag recall impacted 748,000 vehicles in the U.S., 29,000 in Canada, 25,000 in Mexico and an additional 35,000 elsewhere around the world. Click here to read Torque News' coverage of Honda's recall of the Pilot and Odyssey.

The pair of airbag recalls put Honda’s 2013 American recall total at 1.3 million. Last year, Honda issued 17 recall campaign in the U.S. covering approximately 2.5 million vehicles. Despite the substantial amount, the figure was noticeably less than the 3.9 million vehicles Honda recalled in 2011. The winner of last year’s dubious crown was Toyota with 5.3 million vehicles recalled over 16 campaigns.