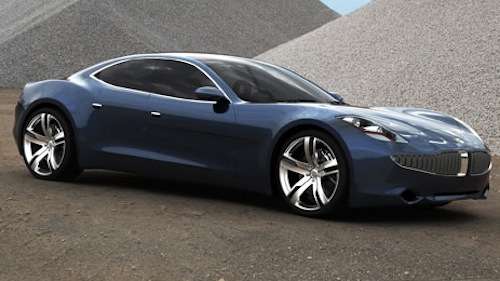 Fisker Automotive Inc. has announced this it is partnering with Hollywood superstar Leonardo DiCaprio to advance green living. The Oscar nominated actor has agreed to appear in a new marketing campaign, which will demonstrate how the Fisker Karma supports sustainability. In exchange, Fisker will work to promote the Leonardo DiCaprio Foundation, which does charitable work worldwide.

Illustrating the ways in which Fisker promotes sustainability will be an easy task for DiCaprio. “Fisker’s approach to responsible luxury goes well beyond minimizing fuel consumption and tailpipe emissions,” said Henrik Fisker, Executive Chairman and Co-Founder of Fisker Automotive. “Fisker uses renewable materials and the lowest-impact technologies at every stage of the engineering, production and marketing processes.”

DiCaprio, who is an investor in Fisker, commented, “My foundation supports efforts to secure a sustainable future for our planet and all its inhabitants. I am delighted to be working with Fisker Automotive to promote this shared vision.”

In terms of DiCaprio’s specific role in the ad campaign, Fisker remarked:

“As an equity investor in Fisker Automotive, DiCaprio will participate in conversations on the auto manufacturer’s future plans for the advancement of sustainable, responsible vehicles,” the company said in a statement to Bloomberg. "He’ll work closely with Fisker on marketing and promotional initiatives aimed at bringing attention to sustainability and environmental awareness.”

Aside from being an investor, DiCaprio has participated in multiple fundraising events for the California-based automaker. Due to his involvement (and money), DiCaprio was lucky enough to receive the very first Fisker Karma that rolled off the assembly line in July 2011. DiCaprio received his eco-friendly Karma before Al Gore and Colin Powell, both of whom were on the Fisker Karma waiting list. In March, Justin Bieber made headlines after getting an all-new Karma for his birthday during an appearance on The Ellen DeGeneres Show.

Since December, Fisker has delivered over 1,000 Karmas in the U.S. and Europe. The vehicle, which starts at $103,000, is able to travel up to 50 miles on its lithium-ion battery before the gasoline engine kicks in. A model of sustainability, Karma models contain recycled wood trim from either the California wildfires or the bottom of Lake Michigan. Furthermore, Eco Chic models include animal-free interiors and the world’s largest solar panel roof.

In addition to the Fisker Karma, the carmaker recently revealed the Fisker Atlantic, a forthcoming plug-in hybrid concept car. The vehicle was first shown at the New York International Auto Show in April 2012. The Atlantic, originally known as “Project Nina,” will be smaller in size compared to the Karma, but will share the the same range-extender system.

Also read: Justin Bieber gets a 2012 Fisker Karma for his birthday (Video)

Tesla-Funded Research Reveals One of The Biggest Mysteries of EV Battery
Tesla Tesla Buyer Nets a Whopping $12,000 Discount After Asking for Reduction
END_OF_DOCUMENT_TOKEN_TO_BE_REPLACED