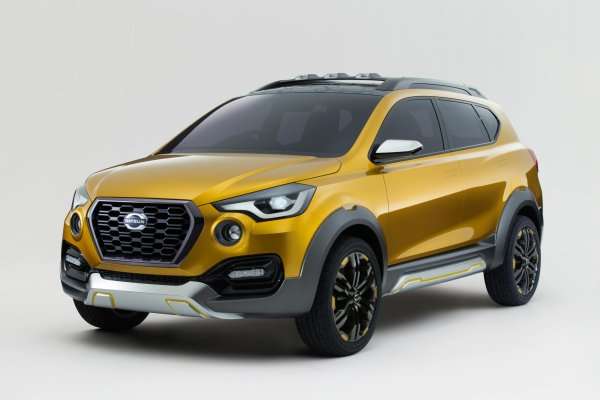 A Year After Its Rebirth, the Datsun Brand is Ready to Expand

Nissan's reborn Datsun brand continues to aim for its core values that set the brand originally, including reliability and value. A year after it was re-introduced, the Datsun brand has sold over 100,000 vehicles in its four current markets and is ready to expand with a new, flexible manufacture platform. The Go-cross targets a variety of segments in several markets with the inherent flexibility of the platform allowing localized design options.

In India, for example, the best-selling vehicles are five-door hatchbacks and entry-level cars. In Russia, vehicles equipped with all-wheel drive are preferred. In South Africa, it's mid-level vehicles with versatility as a core value. In Indonesia, it's interior space and maximized seating. The Go-cross platform allows for all of this without requiring separate platform development.

The Go-cross is based on the Datsun Go, which sells in these markets in two and five-door configurations with seating for five or, in the Go+, seven.

"This is a significant day for Datsun," said Vincent Cobee, Global Head of Datsun. "We have successfully completed the first phase of our return, and we feel proud that through our vehicles more than 100,000 customers have been able to make their dream of personal mobility a reality. In fact, the latest figure of cars sold since Datsun GO was launched in India in March 2014 now stands at 114 000 units. Our expansion plans include the continued growth of sales and service networks in our four existing markets, while expanding our offering to three models in India. There, we will launch a totally new model at the beginning of 2016, which will be the first Nissan Motor model based on the new Renault-Nissan Alliance CMF-A architecture. We are also studying further business expansion possibilities in other high-growth markets around the world, including Africa. Whatever happens next, the Datsun core values of `Dream, Access and Trust' will continue to influence the next phase of our brand's journey."