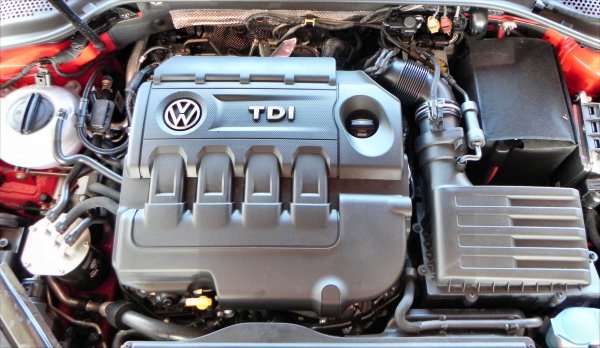 Here is The Total Cost of Ownership for Diesels vs Gasoline Cars in U.S.

Would you believe that the cost of ownership for diesel passenger vehicles is usually lower than it is for their gasoline counterparts? A UMTRI study explains why.
Advertisement

In the United States, we tend to eschew diesel engines in favor of gasoline for most passenger vehicle applications. Diesels have earned a negative reputation due to the way they were a couple of generations ago and that lingering dislike continues to keep diesel from becoming more popular here. Thanks to inroads by European automakers and the need for diesel power in medium- and heavy-duty pickup trucks, however, diesel is becoming a more popular choice in America.

A new study from the University of Michigan’s Transportation Research Institute compared thousands of gasoline and diesel versions of the same or nearly identical vehicles sold in the 2012-2013 model years. These included Audi, BMW, Mercedes-Benz, Volkswagen passenger cars and sport utilities as well as Ford, Ram, and General Motors medium-duty pickup trucks. With few exceptions, the study’s authors say, the cost of ownership for diesel vehicles are competitive and even superior to those of their gasoline equivalents.

"In particular, the idea that buyers can get a return on their initial higher investment in a diesel vehicle within three years is a very positive sign," said Bruce Belzowki, the report’s lead author.

The study report shows that most new diesel vehicles cost more than their gasoline counterparts, usually by several hundred or even several thousand dollars. Yet resale values at three years of age are typically 30-50 percent higher for diesel passenger cars and SUVs and 60-70 percent higher for diesel medium-duty pickup trucks. After five years, the percentages of value retention are even more in favor of diesel. This plays a big role in the overall cost of ownership for diesel vehicles.

Fuel costs are another major contributor to the overall lower cost of ownership for diesel passenger vehicles. Typically, fuel costs are 12-27 percent lower in cars and SUVs thanks to higher miles per gallon versus the cost of fuel. Medium-duty pickups see 4-8 percent lower fuel costs over time. These were calculated over three and five year periods for both sets.

One item the diesels lose ground on, however, is with insurance, maintenance and repair costs. Fees and taxes are typically higher as well. This rings especially true for medium-duty pickup trucks. Diesel fuel costs fluctuate more often than do gasoline prices, the study notes, which can mean that diesel vehicles are more expensive at some times of year than others. In winter, when diesel production is often lower due to the production-similar heating oil being more in demand, pump prices for diesel often rise.

Yet these negative factors, when added into the other cost of ownership metrics measured, still keep diesel vehicles, on the whole, ahead of gasoline for lower costs of ownership. "...diesel-powered vehicles will continue to provide significant value to their owners through their total-cost-of-ownership advantage over their gasoline-powered counterparts, and they will play an increasingly important role for manufacturers as fuel economy regulations become increasingly strict." Belzowski concluded.