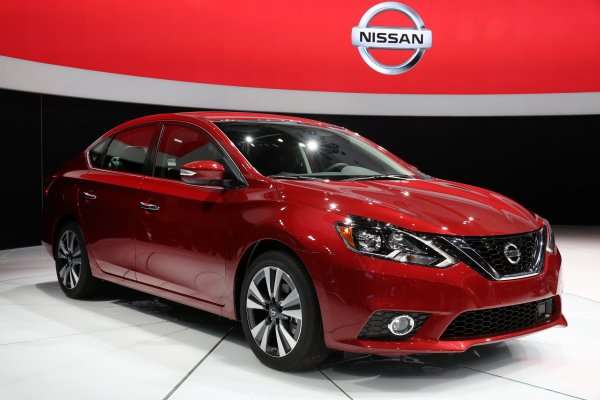 Upgraded for the 2016 model year, the new Sentra has added content and some styling changes. Pricing starts at $16,780 MSRP.
Advertisement

With the all-new Nissan Maxima setting the tone for the company's sedans going forward, Nissan has upgraded the 2016 Sentra to bring it more in line with this trend. The new Sentra will enter dealerships in late December.

With the Sentra being the third best-seller in the Nissan lineup (behind the Altima and Rogue), it definitely has to keep looking forward. Its starting price will be $16,780 plus delivery with other trim level pricing being announced closer to its launch.

The 2016 Nissan Sentra sees exterior changes that bring it in line with the Altima and Maxima, with front fascia and grille changes as well as fender and hood modifications for the new year. New alloy wheel designs and the dominant boomerang headlights and taillights are other significant changes.

The interior sees changes as well, with a new steering wheel and a new dashboard setup for the central audio display and infotainment. Materials quality is upgraded throughout to reflect the higher standards now being held to the compact market.

Powertrain options remain the same for the 2016 Altima, carrying over the 1.8-liter four-cylinder with a six-speed manual or continuously variable transmission (CVT). Six trim levels will be offered.