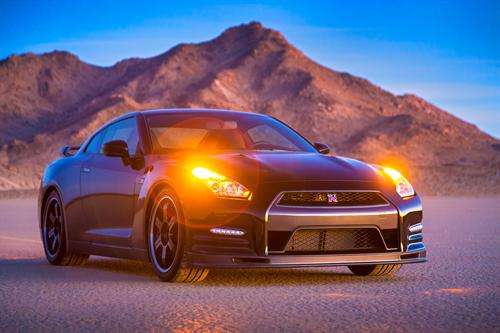 Want one of the only 150 GT-R Track Edition street supercars coming out soon for the 2014 model year? Well, get your checkbook. It's gonna cost ya.
Advertisement

Nissan has announced pricing for the ultra-exclusive Track Edition of the much-anticipated Nissan GT-R street speedster. The GT-R Track Edition is now available for U.S. sales, but only 150 of them will be available in the country, so if you want one, grab your checkbook and hurry to your Nissan dealership right now.

The 2014 GT-R is available in standard, Premium and Black Edition in addition to this special, limited Track Edition. For the Track Edition, Nissan took the GT-R Premium, already a 545 horsepower little monster, and added track-ready components for improved performance and handling in competition. Bilstein DampTronic gas pressure shock absorbers, higher spring rates were added and tuned after several trials on the famous Nurburgring race course. Damping and handling characteristics were tuned specifically for racing conditions and new air guides for the front and rear brakes were also refined on that track.