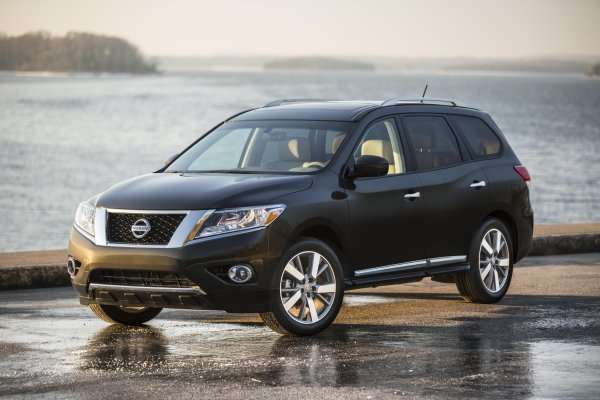 Nissan has announced official manufacturer suggested retail prices for the 2016 Pathfinder and Murano. Each receives a few upgrades to go with the new model year as well.
Advertisement

Nissan has announced MSRP settings for all trim levels of the 2016 Pathfinder and 2016 Murano.

The seven-passenger 2016 Nissan Pathfinder begins at $29,780 and is offered in both two-wheel and four-wheel drive platforms in four trim levels each. The base trim, the Pathfinder S, is listed at $29,780 for the 2WD model and $31,470 for the 4WD option.

The 2016 Nissan Pathfinder sees a revised Almond interior option with contrasting black and beige materials. A new Cold Package option is added as an upgrade for the SV trim with cloth seating and includes heated rearview mirrors. The Pathfinder SL and Platinum now have standard heated steering as part of their trim package.

The five-passenger 2016 Nissan Murano crossover, newly redesigned last year, continues forward with its third-generation design. With sales through the roof, Nissan saw little reason to mess with a good thing. The Murano continues virtually unchanged with a base price of $29,660 for the base model Murano S in front-wheel drive. Like the Pathfinder, the Murano has four trim levels in either front-wheel or all-wheel drive.