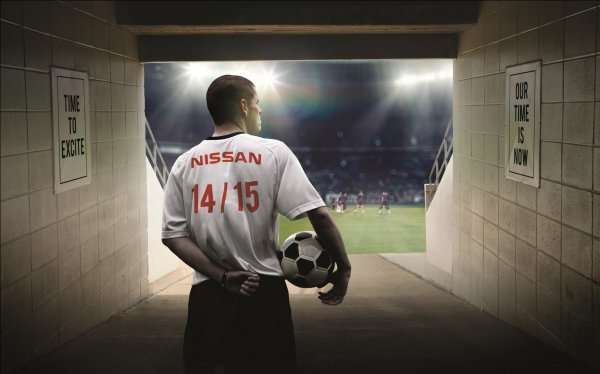 Nissan To Showcase Its Zero-Emissions Leadership At UEFA Soccer Final

The UEFA Champions League will hold its Final in Berlin on June 6 and its new partner, Nissan, will showcase zero-emissions vehicles throughout.
Advertisement

The world leader in electric vehicles, Nissan, will be putting electric and zero-emissions vehicles at the heart of its season-end finale as a sponsor of the UEFA Champions League. The UEFA Final will be held in Berlin on June 6, wrapping up another season of European football and Nissan plans to supply over 100 eletric vehicles to UEFA and associated sponsors to transport guests and officials to the event.

Going with this, Nissan has been installing 129 car charging stations around Berlin as support. These are located at the Tegel International Airport, hotels, and the Olympiastadion. Many of these installations are permanent and will remain after the Finals are over, further building on Berlin's EV plug-in infrastructure.

"The Final in Berlin will mark the climax of year one of Nissan's partnership with the UEFA Champions League," said Bastien Schupp, vice president, Marketing for Nissan Europe. "The partnership has enabled us to highlight our commitment to EVs and bring to life our brand values of Innovation and Excitement. I'm especially pleased that the great relationship we have with UEFA has enabled us to do something lasting and positive for the people of Berlin with the installation of more EV charging points, adding to Nissan's network, which is already the biggest in Europe."

An interactive fan experience, hosted by Nissan, will begin on June 3 in Berlin with the start of the UEFA Champions Festival. Fans can play 2x2 in the interactive Football Cage, can test their skills in the Nissan Performance Maze, and can recreate "moments of genius" in the Nissan Test Area. The energy produced by fans in these events will be converted into kilowatts to help power the UEFA Champions League trophy. Those participants who create the most kilowatts will receive tickets to the Final as a reward as well as the opportunity to accompany the trophy on its journey from the Festival to the Stadium in a specially-equipped Nissan e-NV200 electric van in the UEFA Trophy Parade.

Nissan is the official global automotive sponsor of the UEFA Super Cup and UEFA Champions League, with a deal that will cover the period 2014/2015 to 2017/2018. As an official partner, Nissan will be involved with Europe's most prestigious soccer club competition through a number of its exclusive products and services.