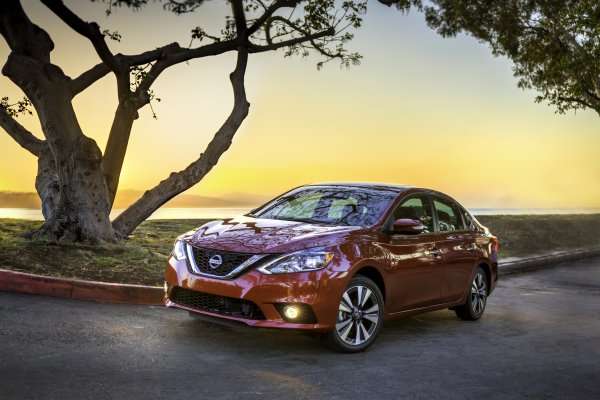 A newly refreshed exterior design and added feature sets for the interior bring the 2016 Nissan Sentra into the new year. Base manufacturer's suggested retail price is $16,780, a small bump up from last year.
Advertisement

The 2016 Nissan Sentra entered showrooms nationally on New Year's Eve. Priced at $16,780 to start, the Sentra sees some upgrades both inside and out along with a price tag increase of $250 over the 2015 model year's starting MSRP.

Exterior changes are slight, but bring the Sentra more in line with the all-new Maxima and refreshed Altima as part of Nissan's new design language. New front and rear fascias, boomerang-shaped headlights and taillights, and LED accents on the lighting are highlights of the new exterior.

Inside, changes have also been significant with a new steering wheel, a new power driver's seat with power lumbar is an option, and a new center cluster and audio display screen are now standard. Several other changes are also seen in various trim points, including auto on/off headlamps, which are standard equipment in the Sentra. Technology updates include Siri Eyes Free on several trim points and NissanConnect on many upgraded infotainment packages.