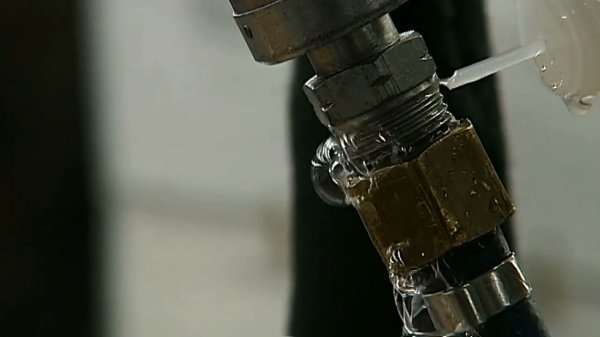 Air. It's everywhere. And it's free. So why would Nissan want to conserve it?
Advertisement

The Nissan Energy Management Team has been obsessed with air. Not just any air, but air being wasted in Nissan's U.S. manufacturing facilities. So they've been diligently going through every inch of those factories to find air leaks.

Wait? Air? Yep, air. It's everywhere, it's free, and it's something all of us tend to take for granted. Energy management types, however, see things differently. Air, when used to power tools and move things becomes expensive. Fast. Since auto manufacturing requires a lot of compressed air, a lot of energy is used to take that free air and compress it. That energy costs money and has environmental impacts.

So Nissan's team has been hunting down and eliminating leaks in the compressed air systems at the company's facilities in the United States to cut down on those costs and impacts. It's probably a lot more energy than you'd think.

"We saved enough energy to power more than 700 homes for a year, offset the greenhouse gas emissions of nearly 2,800 tons of landfill waste or better yet, to drive the all-electric Nissan LEAF around the earth more than 40,000 times," said John Martin, Nissan's senior vice president, Manufacturing, Supply Chain Management and Purchasing.

Air leaks are a common challenge in industries like auto manufacture. Nissan's Energy Management Team estimated that more than 20 percent of the compressed air used in their facilities in Smyrna, Dechard, and Canton was wasted through leaks. This is because a leak is a continuous drain on the system from which compressed air is otherwise only used intermittently rather than continuously. A few small leaks can add up to a lot of energy loss over time.

Between this and other initiatives at Nissan's plants, the company has earned the U.S. Environmental Protection Agency's 2014 Energy Star Partner of the Year designation and for their third consecutive year has been awarded the Sustained Excellence Award from that program.

In addition to this, Nissan has also shown local schools and buildings in Mississippi earn their own Energy Star certifications. Those fourteen schools save enough in energy costs to equal ten teachers' salaries. Nissan also hosts other partners, suppliers and local government officials at its Decherd and Canton facilities who want to examine how the company saves energy so they can adapt those to their own facilities.

Nissan, it should be pointed out, does not stand alone in its commitment. Other automakers, many of whom people may not believe are Energy Star rated, have participated in the U.S. DOE's program while other companies, which you may believe would naturally be participants, have not done so. We'll leave you to guess who's who in that regard.